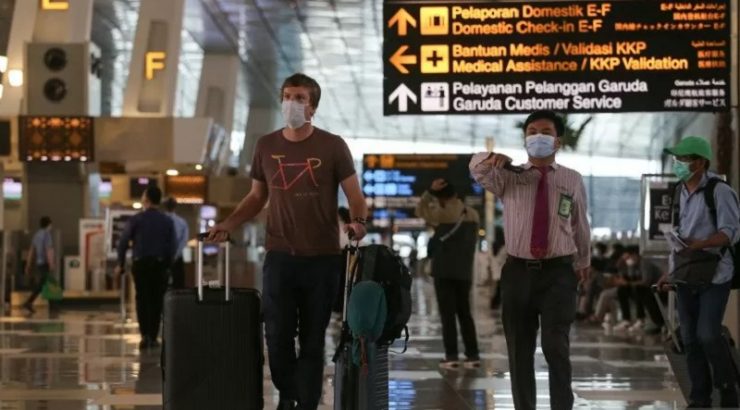 PT ANGKASA Pura (AP) II applies the provisions in the Regulation of the Minister of Law and Human Rights (Permenkumham) Number 27 of 2021 concerning Restrictions on Foreigners Entering Indonesian Territory During the Enforcement of Restrictions on Emergency Community Activities.

According to the President Director of AP II, Muhammad Awaluddin in his press statement, Thursday (7/22) said AP II airports with international status, including Soekarno-Hatta Airport, were aware of this regulation and had coordinated with stakeholders to enforce it. Regulation of the Minister of Law and Human Rights Number 27 of 2021.

He also explained that Foreign Citizens who are not included in the classification are prohibited from entering Indonesia and will be checked at the international arrivals area by the Immigration Office. The Ministry of Law and Human Rights stated that foreign workers who previously came as part of a national strategic project or for reasons of family union could no longer enter Indonesia.

“As for international passengers who have just landed at AP II airport, both foreigners who are included in the 5 classifications and also Indonesian citizens must meet health protocols including showing a letter of RT-PCR test results and quarantine according to procedures,” Muhammad Awaluddin noted

“AP II also reminded that currently the applicable domestic route flight provisions are in accordance with the Circular Letter of the Minister of Transportation Number 53 of 2021,” he concluded. [antaranews/photo special]

THE AIRPORT managed by PT Angkasa Pura (AP) II applies the regulations in the Circular Letter of the Head of the COVID-19 Handling Task Force Number 16 of 2021 concerning Travel Provisions for Domestic People During the...

MALAYSIA Airports has signed a tripartite MoU with vertiport company Skyports and urban air mobility (UAM) pioneer Volocopter to explore the deployment of electric air taxi services in Malaysia. As a first step, the...