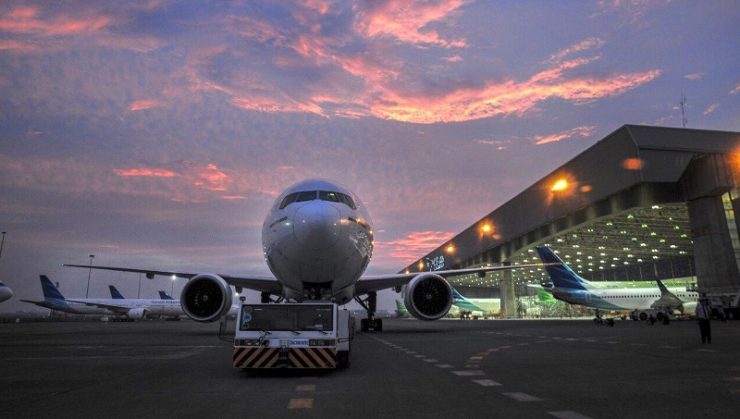 According to Garuda Indonesia’s Director of Services and Commerce, Ade R Susandi, said with the expansion of the cargo delivery network, Garuda Indonesia currently serves 16 flight destinations in Europe and America such as Los Angeles, New York, Dallas, Atlanta, London, Brussels, Frankfurt. and other cities served in collaboration with 10 airline partners.

“The optimization of this air transshipment cargo partnership is part of the Company’s commitment to maximizing the positive growth momentum of Garuda Indonesia’s cargo business line, which also represents our ongoing support as a National Flag Carrier in providing air cargo service accessibility to support the expansion of the national export commodity market share,” he said in a press release, Friday (10/8).

“Through the air transhipment cargo cooperation that has been established with more than 30 world airlines, Garuda Indonesia offers value-added services to its service users through a wide selection of cargo delivery services to more than 70 international destinations,” he remarked.

He explained that the expansion of this air transshipment cargo cooperation would be able to become more added value for the needs of users of cargo shipping services that are increasingly seamless, fast at competitive prices, where Garuda Indonesia also ensures that cargo delivery handling is carried out based on transportation procedures that refer to established international regulations. by the International Air Transport Association [IATA].

“The expansion of the international cargo delivery network is part of GIAA’s strategic steps in optimizing the cargo market share which is predicted to continue to grow. This projection is also supported by the growth of cargo transportation, which is recorded that until July 2021, the number of cargos transported on Garuda Indonesia’s international flights grew by 90% compared to the same period in the previous year,” Ade pointed out.

He concluded that this was in line with the growth trend of cargo transportation as one of the promising market shares in the future. Therefore, this cargo shipping transhipment cooperation is expected to further strengthen the solidity and synergy between the aviation and logistics industry players as a joint effort and initiative to revive the national economy through support for export activities, including as a strategic step to accelerate the recovery of business performance of industrial businesses. in the aviation sector. [binis.com/photo special]