TOURISM PLAYERS EXPECT QUARANTINE FOR FOREIGN TOURISTS TO BE REDUCED 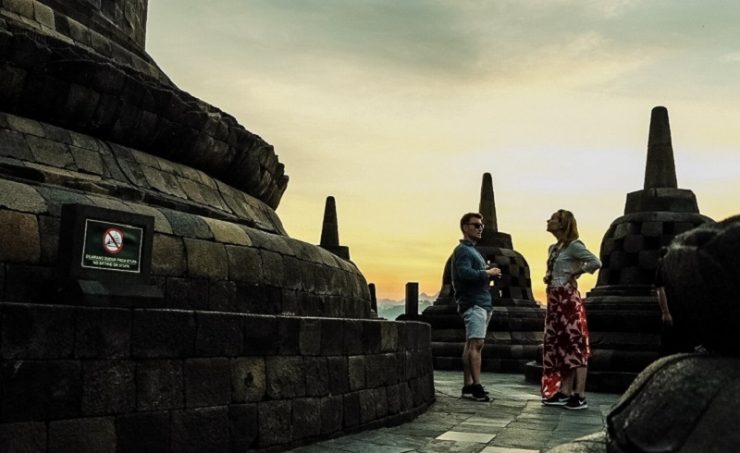 According to the General Chairperson of the Indonesian Travel Agent Association (Astindo), Pauline Suharno, said that his party objected to the quarantine. This is because it reduces our opportunity to sell both overseas and domestically, both inbound and outbound are experiencing difficulties.

Meanwhile, Pauline conveyed this during a Cross 4 Meeting of Tourism Associations with the theme ‘Discussing Rules Regarding Quarantine Policies that Get Many Protests from the Community’, Friday (10/8). Many countries have opened borders, including Turkey, Dubai, and the Maldives. Several countries in Europe have even opened for tourists from Indonesia who are fully vaccinated against COVID-19.

“But again, the quarantine problem makes our sales a bit sluggish. One in terms of cost, the second in terms of time. Foreign tourists who come to Indonesia will also object to quarantine. This is because for eight days they have to stay in hotel room without being allowed out at all,” she said.

Meanwhile, Chairman of the Association of Tours and Travel Agents (ASITA), Artha Hanif, said that foreign tourists and foreign travel agents had met the requirements and underwent a series of stages, one of which was a PCR test in the country of departure, in order to land in Indonesia.

“If they don’t (PCR test), they can’t enter Indonesia. Arriving here, the PCR was repeated, (the result) was negative. Completely vaccinated against (COVID-19). They a healthy person, just worried (because) they from a long trip, then they been quarantined,” he said.

“I understand that quarantine has good intentions, but in practice it is not always like that. He gave an example of guests who were quarantined in five-star hotels, but received unsatisfactory food,” he remarked.

Artha Hanif explained that we assume (a guest) is healthy, even though they must be quarantined. But the hotel does not provide any program that makes (the guest) concerned – whether Indonesian citizens (Indonesian citizens) or foreigners (foreign citizens) can feel at home in the hotel.

In addition, tourists and foreign travelers who are quarantined must prepare an additional fee starting from IDR7 million per person. [sources/photo traveltext]

THE MINISTRY of Transportation has again made adjustments to international travel requirements in order to prevent the new variant of COVID-19, namely variant B.1.1.529 or Omicron, from entering Indonesia. Minister of...

THE WORLD Health Organization (WHO) on Friday (11/26) warned countries not to rush into implementing travel restrictions after a new variant of the coronavirus B11529 was discovered. The WHO said they should take a...

INDONESIA’S Ministry of Communication and Information, Johnny G. Plate appealed to the public to comply with the latest regulations regarding mobility during the Christmas and New Year holidays. “The key is in...