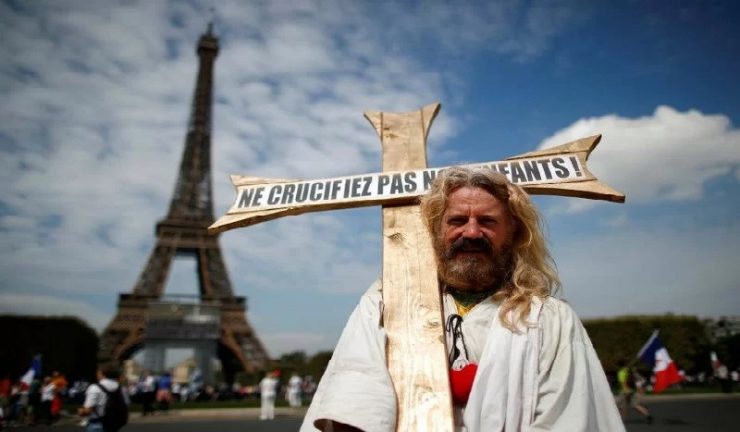 ONLY certain travelers are allowed to travel from the United Kingdom (UK) to France or vice versa, and they must self-isolate upon arrival in France. The decision was announced by France on Thursday (12/16) following a spike in COVID-19 cases and the spread of the Omicron variant in the UK.

An exception was made to truck drivers carrying logistics, as Britain feared the restrictions would disrupt supply chains. France said they were acting now that Omicron had spread rapidly in the UK.

“Our goal is to limit as much of the spread of Omicron as possible across our territory,” French government spokesman Gabriel Attal told BFMTV television.

He said business and leisure travel by people who are not French or European nationals, as well as non-residents of France, would be restricted. So far there have been 240 confirmed cases of Omicron in France, far fewer than in the UK, Attal said.

The new rules announced by France mean that only British citizens are allowed to return to the UK from France. Exceptions are also given to those who go to attend funerals of close relatives, seek treatment, work in the essential sector, and a number of other matters.

The new rules also say people are allowed to travel from the UK to France if they are French residents, or foreigners permanently residing in France, work in an essential sector, or are in transit for less than 24 hours.

Before entering France, immigrants must prove negative for COVID-19 through a PCR or antigen test no more than 24 hours. Previously, COVID-19 tests could be done 48 hours before arrival.

After arriving in France, they will have to self-isolate for seven days. Isolation can be ended after 48 hours if the test results in France show a negative result. The current isolation rules apply only to unvaccinated arrivals from the UK.

According to a document released by the French government, the new restrictions came into effect on Friday evening (12/17). In response to the French decision, the British government said it did not believe the border tightening was effective because Omicron had become so widespread.

But they say it is the right of every country to decide whether to go that way or not. On Wednesday (12/15) Britain reported more than 78,000 new cases of COVID-19, the highest record since the start of the pandemic, and France recorded an addition of 65,713 cases. [antaranews/photo special]

INT’L FLIGHTS ARE OPENED, FOREIGN TOURISTS ARE STARTING TO FLOCK TO BALI

MANY foreign tourists are starting to visit Bali along with the opening of international flights and the increasing number of COVID-19 cases. Even though the COVID-19 case is starting to decline, the Bali provincial...

ALL ENTERTAINMENT venues in Macau starting Thursday (6/23) were ordered to close, while restaurants were prohibited from accepting visitors except for only serving food and drink orders to take home. The closure was...

NEW ZEALAND removed the pre-departure COVID-19 test requirement from Monday (6/20). That way, tourists who will visit this country no longer need to do a COVID-19 test before departure. This step was taken by the New...