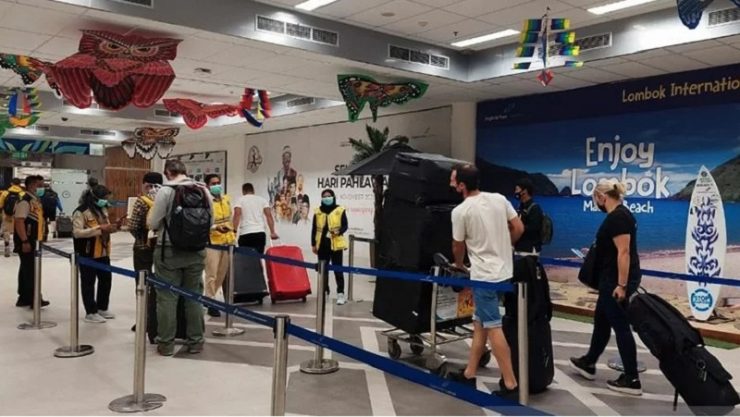 PT ANGKASAPura I (AP I), especially Lombok Praya Airport, is ready to support the event and welcome the arrival of participants, officials, and spectators at the 2022 MotoGP at the Mandalika Circuit, Lombok, West Nusa Tenggara, March 2022.

“With the experience of welcoming participants, officials, spectators, and handling cargo for the 2021 WSBK event, we are sure that the reception for this year’s MotoGP event can run smoothly,” said PT Angkasa Pura I President Director, Faik Fahmi in a written statement in Jakarta, Sunday (1/09).

In addition to preparing in terms of air connectivity, Angkasa Pura I has also prepared risk mitigation to anticipate potential risks that may occur and can affect the continuity of the event, such as excess capacity, bad weather which causes the aircraft to be unable to land.

Also, Faik continued an alternate aerodrome if Lombok Airport is not operating due to bad weather or things that have the potential to block the runway, as well as coordinating with the airline regarding the proposal to increase the number of airline aircraft, fleet management, aircraft rotation, readiness of ground handling operators serving the triangle routes.

Angkasa Pura I also took advantage of the 2022 MotoGP moment to participate in promoting West Nusa Tenggara (NTB) MSMEs at Lombok Airport through collaboration between the NTB Province Tourism and Creative Economy Office and the company’s subsidiary, Angkasa Pura Supports, which helps provide international scale services for services. and security not only at the airport but also at Mandalika.

“Support for logistics and retail services is also provided by Angkasa Pura Logistik and Angkasa Pura Retail which are the carrying capacity for Lombok Airport,” he concluded. [antaranews/photo special]

62,747 PEOPLE IN-OUT OF INDONESIA THROUGH SOETTA AIRPORT IN THESE 12 DAYS

A TOTAL of 9,579 foreign nationals entered Indonesia through Soekarno-Hatta (Soetta) International Airport, Tangerang City, for the period 1-12 January 2022. According to the Head of Information and Communication...

WEST JAVA International Airport (BIJB), Kertajati, Majalengka is being prepared to become a center for logistics activities. In addition, it is also for aircraft maintenance so that it becomes a place for embarkation...