THE INVESTIGATION INTO THE ALLEGED CORRUPTION OF GARUDA BEGAN IN NOV. 2021 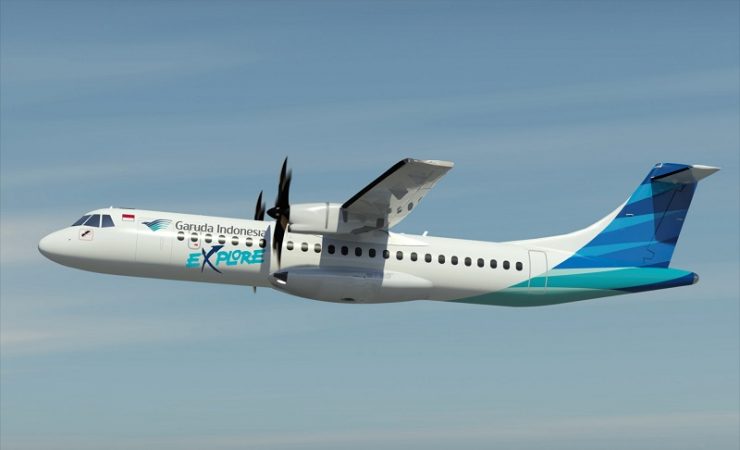 THE INVESTIGATION into the alleged corruption case in the procurement of aircraft by PT Garuda Indonesia has started since November 15, 2021. This is stated in the Investigation Order Number Print-25/F.2/Fd.1/11/2021 issued by the Director of Investigations of the Attorney General for Special Crimes.

“The Investigating Director issued a warrant on November 15, 2021 to investigate the alleged corruption case in the financial management of PT Garuda Indonesia in the form of a ‘mark up’ (inflated) for the charter of Garuda Indonesia aircraft,” said Head of the Indonesian Attorney General’s Office for Legal Information Center Leonard Eben Ezer Simanjuntak in a written statement in Jakarta, Tuesday (1/11).

According to Leonard, the alleged corruption case resulted in state financial losses with the agreement from 2013 until now and the manipulation of data in reports on aircraft fuel use.

As for the position of the case, based on the Company’s Long-Term Plan (RJPP) for 2009-2014, there is a plan to procure an additional 64 aircraft fleet that will be carried out by PT Garuda Indonesia using both a financial lease and an operation lease buy back scheme through the lessor or a company that provides services for renting out goods in the form of business use.

He mentioned the source of funds used in the plan to increase the number of the fleet by using a ‘Lessor Agreement’ in which a third party will provide funds and PT Garuda Indonesia will then pay the ‘lessor’ party by way of payment in stages, taking into account the delivery time against inflation.

“Furthermore, the RJPP has realized several types of aircraft, including the ATR 72-600 with 50 aircraft (purchase of five) aircraft and the lease of 45 aircraft. Then CRJ 1,000 with 18 aircraft, purchasing six aircraft and leasing 12 aircraft,” Leonard said.

Then, the “Bussiness plan procedure” in procuring or leasing aircraft at PT Garuda Indonesia is that the main director will form an aircraft rental procurement team/joint team involving personnel from several directorates (technical, commercial, operational, and service/commerce). This joint team will carry out the study and put it in the form of a study paper.

Meanwhile, the feasibility study (FS) prepared by the team with input from the relevant directorate refers to the business plan that has been discussed in the budget discussion; it must be ‘inline’ with fleet planning on the grounds of accountable feasibility/research/study/market trend/habit of passengers.

“On the procurement or lease of the aircraft, it is suspected that a criminal event has occurred which has caused state financial losses and has benefited the ‘lessor’ or the company that provides services for leasing goods in the form of business use,” Leonard pointed out.

Previously, Attorney General Sanitiar Burhanuddin when receiving the arrival of State-Owned Enterprises (BUMN) Minister Erick Thohir in his office this afternoon, revealed that the alleged corruption in the procurement of the ATR 72-600 aircraft occurred during the leadership of the President Director of Garuda Indonesia with the initials ES. For the ATR 72-600 it’s the ES age. And ES is still in custody now.

Meanwhile, Deputy Attorney General for Special Crimes, Febrie Adriansyah, has ordered the Director of Investigation, Supardi to make a big exposure related to the case to be brought up for investigation.

Investigating Director Supardi promised that the big exposure would take place next week. The investigation was carried out in the context of “cleaning up” BUMN as committed by the Attorney General and the Minister of BUMN.

According to Supardi, the examination of a number of witnesses will continue until Friday. There are still investigations, including the examination of the President Director of Garuda Indonesia with the initials ES. Until Friday there is still an inspection, hopefully by Friday night or Monday we will be able to take a stand. [antaranews/photo special]