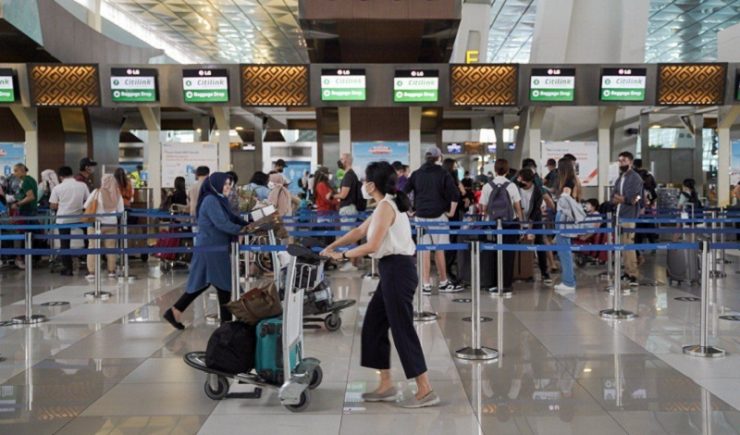 THE GOVERNMENT through the COVID-19 Handling Task Force, has decided to abolish the list of 14 countries that are prohibited from entering Indonesia (RI) due to the spread of the Omicron variant. Thus, the government is now opening the doors of international arrivals for all countries.

This step was taken based on the results of a joint decision in a limited meeting on January 10 and contained in the Circular (SE) of the COVID-19 Task Force Number 02 of 2022 concerning Health Protocols for Overseas Travel during the COVID-19 Pandemic Period. The SE came into effect on January 12, 2022.

According to the Spokesperson for the COVID-19 Handling Task Force, Wiku Adisasmito, this decision was taken considering the Omicron variant has expanded to 150 out of a total of 195 countries in the world (76% countries) as of January 10, 2022.

“If the regulation on limiting the list of countries persists, it will make it difficult for cross-country movements which are still needed to maintain state stability, including the recovery of the national economy,” said Wiku in a written statement, Friday (1/14).

Wiku said that the decision to remove the list of countries of origin for foreign nationals who were not allowed to enter Indonesia was accompanied by the determination of the criteria for foreigners who remained the same as those stipulated in the previous task force circular letter.

With the deletion of the list of countries, he continued, the government equalized the duration of quarantine for all travelers to 7×24 hours.

The policy is stated in the Decree of the Head of the Task Force Number 03 of 2022 concerning Entry Points, Quarantine Places and RTPCR Obligations for Indonesian Citizens Who Do Foreign Travel.

Wiku added that this decision was supported by scientific findings in various countries, including a study by Brandal et al (2021) that the median incubation period for cases of the Omicron variant was 3 days after first exposure.

Likewise, he continued, a study from the Centers for Disease Control and Prevention (CDC) in the United States.

The CDC’s team of experts recommends a shorter quarantine period after it’s scientifically proven that a person’s ability to positively infect others occurs early in infection, i.e. on days 1-2 before symptoms appear until 2-3 days later.

“This quarantine principle is a time to detect symptoms because there is time from when someone is infected until they show symptoms. Thus, the escape of infected people to the community can be avoided,” he said.

Furthermore, Wiku said, based on the results of several recent studies, the Omicron variant is suspected to have an earlier average appearance of symptoms, so the 7-day quarantine is quite effective in detecting positive cases.

“Moreover, layered detection efforts with entry and exit tests as well as strict monitoring of the distribution of Omicron variants with SGTF and WGS which are in line with WHO’s multi-layered strategy recommendations related to international travel are also carried out,” he concluded. [kompas.com/photo special]

BEAUTIFICATION OF BALI’S INFRASTRUCTURE TO BE COMPLETED BY FEBRUARY

MINISTER of Public Works and Public Housing (PUPR) Basuki Hadimuljono targets to complete the beautification of several infrastructures in Bali by the end of February 2022. “I urge that the planting be completed...

THE COVID-19 pandemic since the beginning of 2020 has resulted in a decline in foreign tourist arrivals. Until the end of 2021, foreign tourist visits only reached 1.58 million people, a decrease of 60.98% compared to...

OMICRON IS FIERCE, JOKOWI ASKS WFH COMMUNITY TO STAY AWAY FROM CROWDS