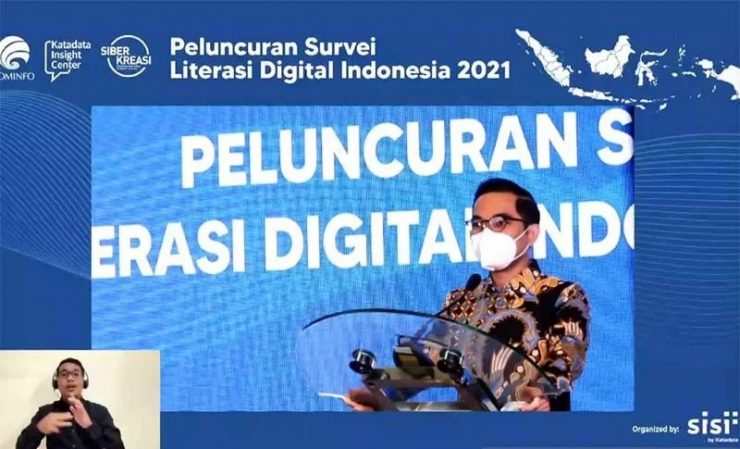 THE DEVELOPMENT of web3.0 and metaverse needs to be introduced in the national digital literacy program because these two segments are challenges that must be faced in the midst of the development of the digital era.

According to the Spokesperson for the Ministry of Communication and Informatics, Dedy Permadi, said web3.0 and metaverse are developing in tandem with Indonesia’s efforts to literate people in the digital space in order to avoid negative content.

“The challenge is to make sure people can’t just use the internet and use social media. But being able to use it for positive and productive purposes is his homework. We used to talk about websites, social media, now we have to deal with the metaverse. Even though we haven’t finished tackling negative content in the digital space,” said Dedy at an online event in Jakarta, Thursday (1/20).

For this reason, it is important in the curriculum of the National Digital Literacy Movement that discussions about metaverse and web3.0 are included so that the general public can properly understand the two things that are considered “new world”.

Metaverse has actually been talked about by technology experts for a long time, but in 2021 Facebook CEO (now Meta) Mark Zuckberg announced his company would present a new reality called the metaverse.

Metaverse is easily known as extended reality, an environment in the digital space that allows internet users to carry out many activities ranging from work, play, to socializing like real life.

While web3.0 is increasingly recognized because blockchain developments in recent years have experienced a significant increase, mainly due to the ease with which people make transactions in crypto assets and all forms of development such as Non-Fungible Tokens (NFT).

With the increasingly advanced development of technology, it is considered important to introduce the basic concepts of both to the general public.

Of course, the National Digital Literacy Movement can be one of the right mediums so that new understandings in today’s digital space can be understood by people in Indonesia.

“The development of Indonesia’s digital space and the opportunities are extraordinary, including the metaverse. I really hope that all of us can continue to work hand in hand to advance the national digital literacy movement,” concluded Dedy. [antaranews]