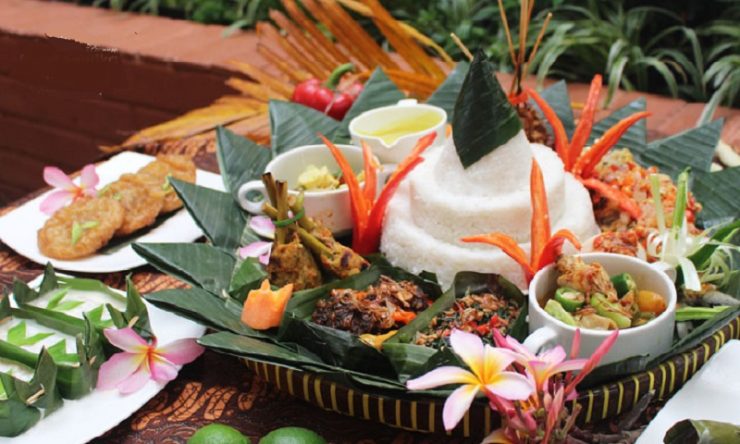 IN ADDITION to offering stunning natural and cultural tourism, the country of Indonesia also has the potential for culinary tourism which is rich in taste and diverse types. Each province has a variety of cuisines that reflect their respective regions.

One of them is Banten, a province that is not far from the capital city of Jakarta, this can be a natural tourist destination and your next culinary tour.

When you hear the typical food of Banten, how many kinds of food can you mention? Maybe you can only name two to three types of food. Whereas the typical culinary of Banten is also diverse with different raw materials ranging from beef, milkfish to traditional cakes with rice flour as the raw material.

“Banten Culinary is here to be able to introduce various typical Banten menus that may not be widely known by the public. The menu that is present is also rare and hard to find out there so you can reminisce about the food. Menus with soups to various cakes will also be served,” said Devy.

Some of the menus prepared by Mandalika Restaurant are Angeun Lada, Sate Bandeng, Rabeg Kambing, Sayur Besan, Laksa Tangerang and others. Devy continued that Banten’s typical Angeun Lada menu is a spicy red soup, a combination of coconut milk containing beef or buffalo tripe offal and several types of vegetables.

“This menu has a spicy taste that comes from chili and its distinctive aroma comes from walang leaves. While Laksa Tangerang is made from boiled white rice noodles then sprinkled with celery then doused with thick yellow sauce and complements with chicken opor, boiled eggs, tofu or potato curry,” she noted.

Turning to the dessert menu, Hotel Santika Premiere ICE-BSD City will present traditional Banten cakes that are only available at certain times, one of which is jojorong cake. Jojorong is a cake that is difficult to get because usually this jojorong is only available during the month of Ramadan and during important events such as weddings.

With a soft texture and white color, this cake is made from rice flour combined with melted sugar at the bottom and then wrapped in banana leaves so that it produces an aroma and retains a distinctive taste when consumed and is addictive.

“There are still many unique and rare menus that you can explore in a special dish entitled Banten Culinary available at Mandalika Restaurant Hotel Santika Premiere ICE-BSD City, throughout August 2022 starting from 12.00-14.30 WIB with a minimum reservation of 30 people, but specifically on 11-21 August 2022 the Banten Culinary buffet is available every day with no minimum reservation.

The price offered is IDR225,000 net per person (all you can eat). For those of you who want to taste with family and relatives, get a special offer for every purchase of 5 people, get 6 people,” concluded Devy. [traveltext.id]