SIX THERMAL SCANNERS AT BALI AIRPORT TO ANTICIPATE AGAINST OF MONKEYPOX 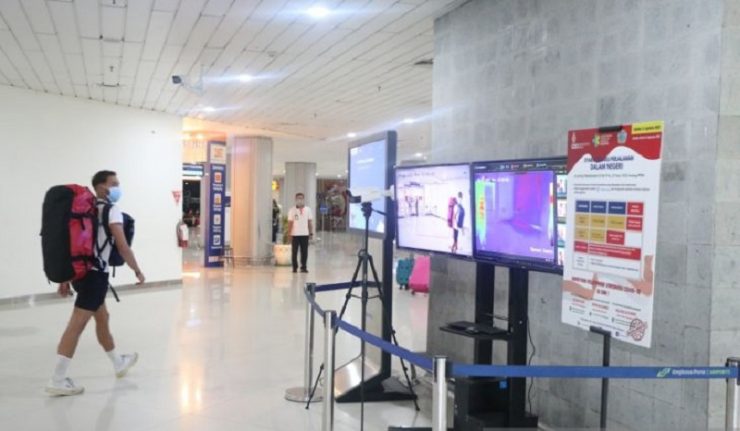 He remarked that with the device, all passengers entering the airport area will have their temperatures scanned automatically. The six thermal scanners are placed at every entry point to the airport terminal, both domestic and international.

After the Health Ministry announced the finding of the first monkeypox case in Indonesia in August 2022, his side tightened supervision at the airport to prevent the transmission of monkeypox disease in Bali.

The airport also continues to coordinate regularly with relevant stakeholders to prevent the transmission of monkeypox.

“We always synergize with the Denpasar Class I KKP to tackle the transmission of monkeypox in Bali. The airport officers are required to always wear masks while on duty and minimize direct contact with passengers to prevent transmission of the virus,” he stated.

Regarding passenger traffic at Bali Airport, he noted that there was no decrease in passenger numbers since the announcement of the monkeypox case in Indonesia.

“Until August 22, 2022, Bali Airport had served 913,988 passengers in total, with an average of 41,545 passengers per day. When compared to July, there were around 42,460 passengers per day. The traffic decreased in August since we were entering a low season period,” he concluded. [antaranews]

CHANGI Airport Group will present its inaugural World of Wines and Spirits (WOWS) from 30 September to 31 December 2022. In partnership with Lotte Duty Free, #WorldOfWinesAndSpirits will showcase the world’s most...