AVIATION INDUSTRY IS A BACKBONE OF NATIONAL TRANSPORTATION: MINISTER 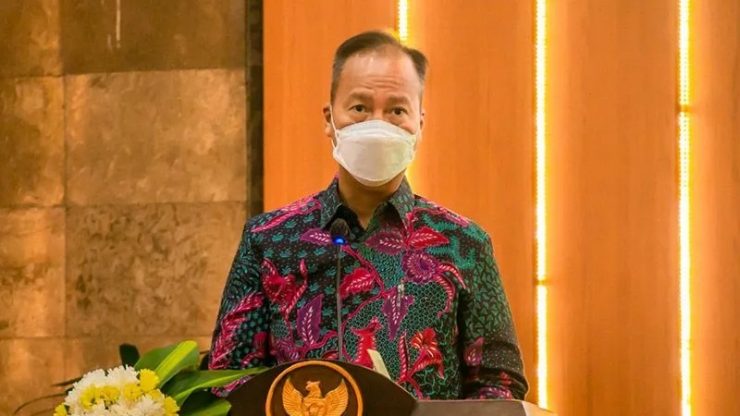 THE MINISTER of Industry, Agus Gumiwang Kartasasmita, said that the national aviation industry is the backbone of national transportation and connectivity as well as the main driver of the Indonesian economy.

“We insist that our aviation industry, which consists of the aircraft and component manufacturing industry, the Maintenance Repair and Overhaul (MRO) industry, and the drone manufacturing industry, is more than competent in providing solutions to problems,” said Minister Agus virtually, in Jakarta, Wednesday (9/7), at the “Seminar of Harnessing the Ecosystem Industry in Indonesia” which is a series of G20 activities.

Agus explained that after passing the COVID-19 pandemic, the number of air passengers in Indonesia is expected to grow 30% from year to year to 140 million passengers in the next few years. This makes Indonesia the second fastest growing aviation market in the world after China, based on aircraft purchases and trade value.

“Being the largest archipelagic country in the world with 17,000 islands stretching 5,150-kilometers from east to west, air transportation is the fastest way to travel to areas in Indonesia,” he remarked.

The International Air Transport Association (IATA), he continued, estimates that Indonesia will become the sixth largest air transportation market in the world by 2034. For more than two years, domestic and international air travel has almost stopped. With the economic recovery underway, Indonesia’s aviation and aerospace industry faces major challenges.

“Reactivating grounded aircraft is a slow process, making it difficult for Indonesian operators to add capacity in response to recovering demand,” he said.

Agus Gumiwang Kartasasmita added that I was pleased to see the three main companies currently working at their peak to ensure airlines in Indonesia are back on the air. PT Dirgantara Indonesia, the only aircraft manufacturer in Southeast Asia, has produced airplanes and helicopters for commercial and military purposes, with a specialization in the field of aerostructures.

PT Regio Aviasi Industri with government support is currently developing a turbo-propeller aircraft for medium-haul flights that fits the geography of Indonesia and Southeast Asia.

Both are supported by the Indonesia Aircraft Components Manufacturer Association (INACOM). Pudak Scientific whose members have successfully entered the international aircraft supply chain with more than 80% of its products are export-oriented.

The Indonesian government through the 2015-2035 National Industrial Development Master Plan has determined the aircraft industry to be one of the national priority industries with a focus on developing propeller planes, component industries, and the MRO industry.

Various policies have been issued to support the development of this industry, such as fiscal incentives consisting of tax holidays, tax allowances, investment allowances, super tax deductions, and import duty exemptions, and non-fiscal support in the form of government financing for exporters and domestics.

“The government will continue to provide possible support to ensure the growth and sustainability of the aviation and aerospace industry, including further incentives for investment, above what I mentioned,” concluded Minister Agus. [antaranews]