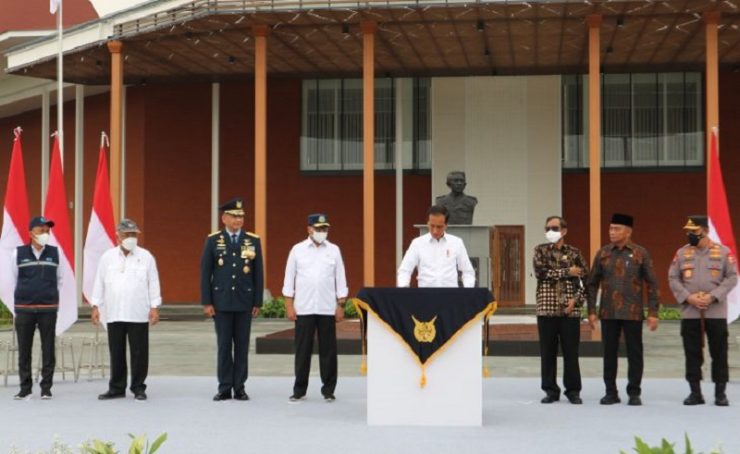 “Thank you all, thank you,” the president stated after signing the inauguration plaque at a ceremony at the airport’s Naratetama VVIP Terminal, East Jakarta, Wednesday (10/5).

After officiating the refurbished airport, the president departed from the airport aboard the presidential aircraft for Malang District, East Java.

“According to our observation, the airport experienced three major issues. The first issue pertains to the runway, which is fragile due to aging, and the second issue is that the airport’s water management system is not good,” Sumadi stated at the airport after the ceremony.

He affirmed, the third issue relates to the presidential terminal that needs improvement, especially since the president had specifically instructed for an aesthetically appealing lounge with the representation of Indonesian culture.

“The president and state guests’ (terminal) ought to be of premium quality, yet (the old lounge) failed to represent the great Indonesian nation,” the minister remarked.

The president then instructed the ministry to renovate the airport, with a budget of IDR600 billion, which must be completed in six months, he remarked, adding that the runway revitalization and the water management works are completed in four months.

Sumadi highlighted that the VVIP terminal, constructed with Javanese architecture style, and main rooms at the terminal named Yudhistira, Bima, Nakula, Sadewa, and Arjuna — names of characters of the Mahabharata epic — are representatives of the Indonesian culture.

He added that national architects, such as Yori Antar and Reza Wahyudi, and painter Iwan Yusuf are invited to participate in the project.

“They also contributed to making the terminal beautiful, as aspects of local culture are represented with simple and modern designs for state guests, who arrive and depart from the terminal. We hope this place would bolster our confidence while hosting the G20 Summit,” Sumadi concluded. [antaranews]