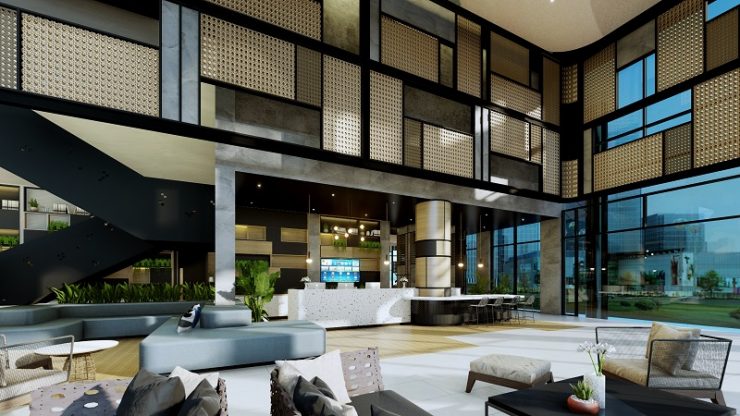 According to Garth Simmons, Chief Executive Officer, Accor, Southeast Asia, Japan and South Korea said as you know Yogyakarta International Airport opened in 2020 with a capacity of 15 million passengers per year, which makes it one of Indonesia’s largest airports and a gateway to the entire Central Java region. A second phase of development will see the capacity raised to 20 million annual passengers.

“This dual-branded project is strategically located only five minutes’ drive from the airport and about 45 minutes from Yogyakarta city center. It will feature a total of 413 keys in a single development, with two distinctive wings connected by an elegant façade, which welcomes guests into a serene environment with lush, landscaped foliage. Each property will have its own unique design and dedicated facilities, while sharing back-of-house areas to enhance efficiency,” he said.

Novotel New Yogyakarta International Airport Kulon Progo will provide guests with 189 rooms, along with a swimming pool, children’s pool, kids’ area, spa and fitness center. Guests can enjoy all-day dining and refreshments at the restaurant and bar with 360- degree views of surrounding landscape.

Meanwhile ibis New Yogyakarta International Airport Kulon Progo will feature 224 rooms in a stylish nine-storey glass and aluminum tower. The grey and charcoal façade will complement its Neighbour and the hotel’s interiors – including its guestrooms – will showcase works by local artists to highlight Yogyakarta’s status as a haven of Indonesian art and culture.

These two new-built hotels are owned by PT. Lentera Prosper Indo and will be managed by Accor. Currently under construction, this dual-branded property is scheduled to open its doors in the fourth quarter of 2023.

Garth Simmons explained that Indonesia is a key market for Accor, so we are happy to collaborate with PT. Lentera Prosper Indo on this important project. As the gateway to one of Indonesia’s largest and most enchanting cities, Yogyakarta International Airport is a key destination that has the scope to expand significantly in the coming years.

“These two exceptional hotels will cater to the rising number of domestic and international travelers, as well as event organizers at this up-and-coming aviation hub, while complementing our existing locations in downtown Yogyakarta,” he concluded.