INDONESIAN CUISINE IS BELIEVED TO BE A GATEWAY TO TOURISM SECTOR 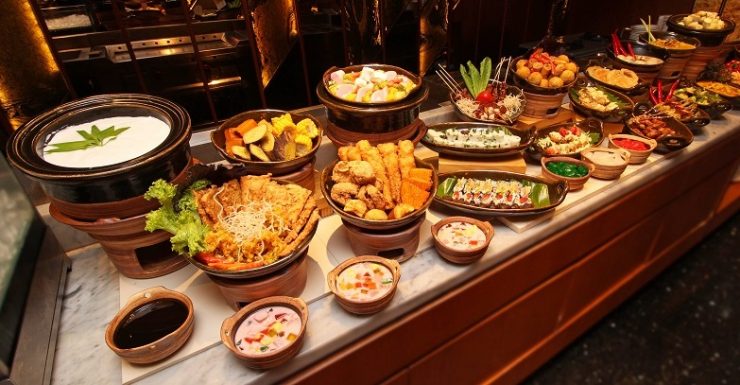 THE WEALTH of Indonesian culinary offerings is expected to spark foreign tourists’ interest in visiting the country and tasting them firsthand, the Tourism and Creative Economy Ministry has said.

“Let’s promote culinary as the entry point of travel to Indonesia,” deputy for marketing at the ministry, Ni Made Ayu Marthini, remarked recently.

Indonesia has 104 types of fried rice, 252 varieties of satay, more than 100 variants of soto, and up to 322 kinds of sambal. Culinary is one of the 17 creative economy sectors that are being developed and promoted in the country.

Currently, there are around 1,100 Indonesian restaurants overseas, and the government aims to increase their number to 4 thousand by 2024.

“We will continue to assist these restaurants and help through cooperation programs with representatives abroad, with the central government and regional governments,” Marthini said.

Moreover, other stakeholders, such as the private sector, have been invited to help further popularize legendary traditional dishes from the country, especially among the younger generation. Tourists can also get culinary experiences by visiting tourist villages that are being developed by the government.

“The Tourism and Creative Economy Ministry also has a Tourism Village program, 50 (villages) have been curated,” she informed.

Tourism Villages that are selected as favorites will get prizes and be promoted, making them more known, thus becoming destinations for tourists. She said that tourists would find tour packages promoting tourist village experiences with a plethora of activities interesting.

“Experiences that to us are common, to them they are extraordinary. For example, in Baduy, there is delicious honey, we also take them along to show how to harvest honey. This is a new direction of marketing (method): experience,” she noted.

Meanwhile, culinary expert William Wongso said there are a number of Indonesian dishes that have the potential to be introduced to more people overseas.

However, there are several things that need to be considered, such as providing detailed information about their culinary origins to give an idea of how rich Indonesian cuisine is.

“Because each region has its own special food. There are Soto Lamongan, Soto Kudus, Soto Madura,” he said.

He also underlined the need for adjustment, such as providing vegan options, for example, a vegan version of rendang made from plant-based ingredients, such as young jackfruit. [antaranews/photo special]

YEAR 2022 does not feel like it will end soon. Of course, you have made many plans to celebrate New Year’s Eve in 2023, plan to take a vacation with your family, make your own events at home and pray together to...

RAMU is inspired by the collective consciousness of the earth’s soil and ocean as one of Mother Nature’s legacies; an important element that needs to be cultivated properly for the next generations to come. The Tri Hita...

THAT’s true each region always has its own unique culinary delights and legendary places to eat. The city of Jember in East Java is no exception, which also has a number of exciting places to eat that you can visit. One...