CLEO SMART RUN, JOIN THE RUN AND CONTRIBUTE TO EARTH AND COUNTRY 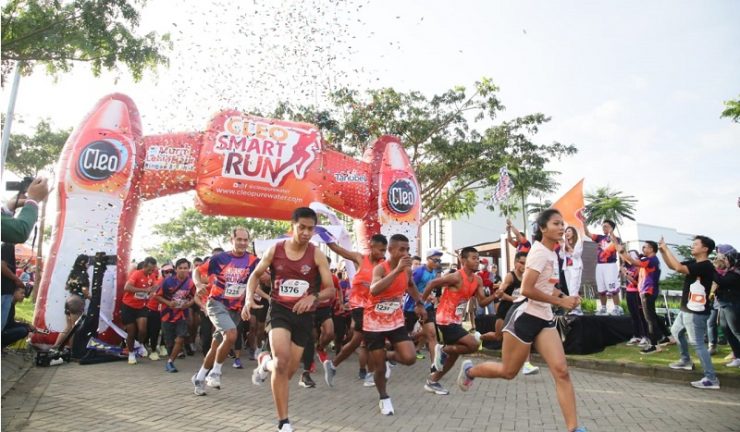 According to Belinda Natalia Tanoko, President Director of PT. Sariguna Primatirta Tbk in an official statement on Sunday (10/30) said the Cleo Smart Run is the third series of Rise Up the Series which has been held from 2021. Unlike the previous year, this series will be held live and attended by 500 runners.

“By taking the theme “Now Be the Winner” Cleo Smart Run 2022 hopes to invite the general public to be able to take one simple action to motivate themselves to move forward by running. The hope is that running is a form of self-affirmation that we can all rise and move forward to be winners after being hit by a pandemic storm for so long. At least we can become winners starting from ourselves, today and from one #LangkahMurni action,” she said.

Belinda Natalia Tanoko explained that talking about the #LangkahMurni action, all the proceeds from the sale of the racepack and tickets from the Cleo Smart run will be allocated for the purchase of tree seeds, which will then be carried out by Cleo. So, by joining the Cleo Smart Run activity, you have contributed to the #LangkahMurni action to preserve Indonesia’s nature.

“Through the Cleo Smart Run, which has been consistently held since 2016 until now, PT Sariguna Primatirta Tbk invites people to keep moving and moving forward by bringing new stories, new energy and new enthusiasm for a better Indonesia,” Natalia remarked,

The Cleo Smart Run, she continued has been held consistently than before, this year we carry the theme Rise Up Now the series. The hope is that we want to invite the Indonesian people, especially the poor ones, to experience a healthy life, a new healthy lifestyle by running and consuming a healthy drink, namely Cleo. [traveltext.id]