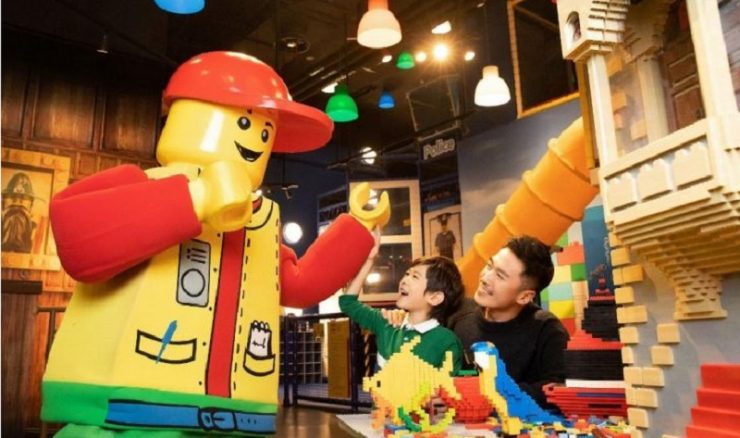 HONG KONG is one of the tourist destinations for families who want to find a vacation spot full of attractions and culinary options. No wonder this country is a favorite of many people

This ever-changing and dynamic city always has new sights for visitors and families looking for fun entertainment. Some tourist attractions were also beautified to attract foreign tourists.

For travelers who are planning a vacation at the end of the year, they can enter the name of Hong Kong in their stopover place. The following are some of the new attractions that Hong Kong has to offer for a family vacation, as quoted from the official Hong Kong Tourism Board broadcast.

Castle of Magical Dreams at Hong Kong Disneyland
This place has just launched its newest castle, the Castle of Magical Dreams, which is inspired by Disney Princesses and Queens. Next to the new castle is a spectacular night view entitled “Momentous”, where large-scale projections illuminate the castle, turning it into an inspiring narrative featuring Disney’s beloved characters.

The Peak Tower is also home to Madame Tussauds, the Peak Galleria and Monopoly Dreams, the world’s first Monopoly-themed attraction, which will bring fun to every member of the family.

Tourists can enjoy more than 27 different attractions at this water park, including a trio of thrilling slides that can take visitors through a 58-meter loop, freefall, and slide to test their adrenaline.

The museum also offers visitors the opportunity to make their own version of Nissin Cup Noodles at My CUPNOODLES Factory, where guests can choose their own ingredients, and even design their own packaging.

THE END of the year holidays are getting closer. Singapore is still an attractive country to visit for tourists from various countries, including Indonesia. The following are a number of recommendations for tourist...

TO MAINTAIN a balance between work and personal life so that stress does not accumulate, taking a vacation is one of the recommended activities. When you want to “healing” in anti-mainstream places with...

RUBY is a stuffed kangaroo who feels trapped in a toy box at a gift shop, dreams of being able to go on adventures and explore the beauty of Australian nature. His dream was then realized armed with the ingenious mind...