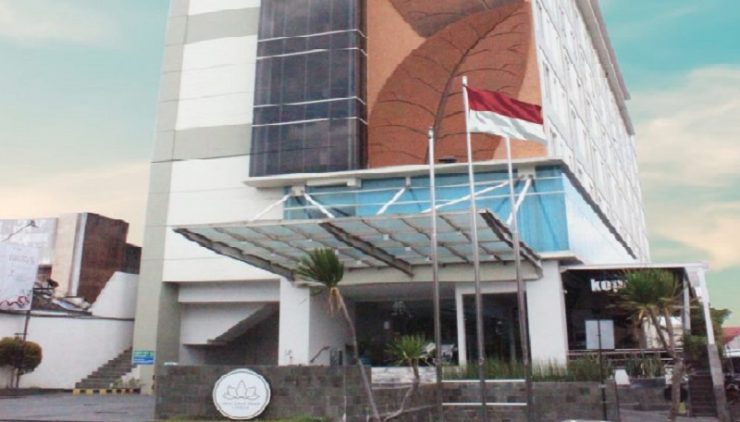 According to Jeffrey Wibisono V. General Manager of Java Lotus Hotel, said nationally, do you still remember Sapta Pesona tourism? Yes, we want to develop Indonesia’s tourism spirit; a concept of values ​​that was born and popularized starting in the early 1990s and became the core of tourism development in the realm of human factors. By placing the community as an important factor in its implementation.

“As a relatively young hotel, the management of Java Lotus Hotel Jember tries to acculturate local culture with modern elements, according to the concept of a modern artisan city hotel which means clean, comfortable, safe with international standards,” he said.

He explained, the values ​​in Sapta Pesona are reinforced by the cultural values ​​of “Pandhalungan” Jember, packaged in the symbol of J-Tradition Java Lotus Hotel — keys, brooms, hearts, buildings, people sitting and cameras.

The translation, continued Jeffrey, is the key, the symbol of hospitality is “absolutely” interacting with other people, even someone who has just met face to face, has never known each other, prepares shelter, has a safe rest, and spreads kindness to others.

“Sapu describes the objective of Java Lotus Hotel Jember in terms of cleanliness. This means not only ‘clean’ factually—physically, but also ‘clean’ which gives other people a feeling of happiness while living in a hotel environment. Hati means that hospitality does not aim to change someone, but offers a ‘space’ where intentional changes occur,” he said.

The building symbolizes an in-depth design process that builds creativity, a joint initiative as entrepreneurs, architects, and every visitor to Java Lotus Hotel Jember to become a better human being.

The sitting person shows that the management and workers of Java Lotus Hotel try to create an aura of comfort, but still maintain the privacy of each guest, so that guests are able to concentrate on developing their brilliant ideas.

‘The last symbol is a camera, showing the meaning of capturing memories (saving unforgettable memories). Java Lotus Hotel strives to provide the best memorable value to all of its visitors. The hotel’s artisanal concept, which encapsulates a distinctive, unique thought and differentiates Java Lotus Hotel from similar businesses, in terms of instilling memories for visitors to take home. And make them miss coming back again and again,” Jeffrey remarked.

He added, have you ever written a review for Java Lotus Hotel or read reviews that appear in many online media? Management of Java Lotus Hotel, open for any review. Reviews provide guidance on the balance of hardware or software governance in hotel services.

“Yes, hotels are about service, the most important human interaction. Other facilities become expectations and support according to class standards. So, what is your feedback regarding Java Lotus Hotel Jember?,” he concluded. [traveltext.id]