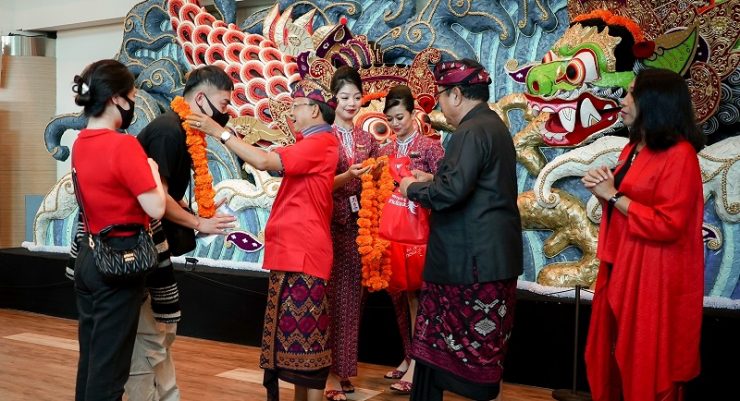 BALINESE people are very open to Chinese tourists which cannot be separated from the acculturations that have been established since long ago.

According to Deputy Governor of Bali Tjokorda Oka Artha Ardana Sukawati, said Chinese tourists who come to Bali are interested in the beauty of natural and cultural tourism on the Island of the Gods.

“The Balinese people are very open to Chinese tourists which cannot be separated from the acculturation that has been established since long ago, many Chinese relics are still preserved in Bali,” said the Deputy Governor in the Weekly Press Briefing which was held in a hybrid manner, in Jakarta, Tuesday (01/24), 2023.

Meanwhile, Deputy for Marketing of the Ministry of Tourism and Creative Economy, Ni Made Ayu Marthini added, Chinese foreign tourists are interested in traveling on the Island of the Gods because Indonesia is visa-friendly compared to several countries. Indonesia has served a visa on arrival (VoA) program for foreign tourists, which can also be accessed electronically in terms of payment with fast service.

Second, continued Ni Made, is spa or wellness tourism which is also favored by tourists from the Bamboo Curtain country. I want a spa, said some Chinese women tourists or ladies who were there at that time. Finally, Indonesian food is said to be delicious until it is widely discussed on the TikTok social media platform.

On the same occasion, Tourism and Creative Economy Minister Sandiaga Uno said targeted 255,300 of Chinese tourists to visit Bali in 2023.

“But it looks like this is the lower threshold, hopefully we can exceed it, as of today we will continue to add the number of flights and do not deny that the target of 7.4 million foreign tourist visits in 2023 will rely on Chinese tourists,” he said.

The Ministry of Tourism and Creative Economy together with tourism stakeholders welcomed the return of Chinese tourists, in the form of flower arrangement and giving souvenirs to all passengers and enlivened by traditional Balinese dances and lion dance performances at the international arrival terminal. [traveltext.id]

NATURAL LEADER SINCE ITS BIRTH, INDONESIA’S LEADERSHIP IN ASEAN 2023

AS OF 1 January, Indonesia has become the ASEAN Chair in 2023. Since the founding of ASEAN in 1967, Indonesia has focused on regional peace and stability. Foreign Minister Adam Malik once said that ASEAN must continue...