AIRASIA CONFIDENT WILL BOUNCE BACK TO PROFITABILITY NEXT YEAR 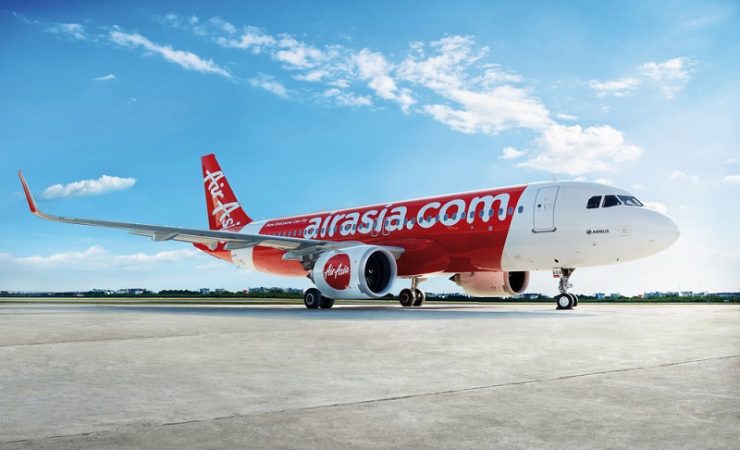 THE low-cost airline can bounce back to profitability next year, but that it will look to raise 2 billion ringgit (US$469 million) in the next six months to be in a “very comfortable” position.

The Malaysia-based company said earlier on Thursday that it was working to raise more than 1 billion ringgit (US$234 million). Air Asia gave details of its plans after its shares fell sharply recently following a statement from the company’s auditors, Ernst & Young, which expressed doubts about the airline’s ability to continue as a going concern.

He explained a portion of the funding would come from a share offering to take place within the next six months. The new shares would be placed with a third-party investor. We have received a lot of interest from everywhere. Our corporate finance team is working hard in finalizing the best deal.

Fernandes also dismissed speculation that the airline might pull out of joint ventures in Japan and India. Both countries were still promising and there were no plans to withdraw from those markets. [In] Japan and India, we have excellent partners, and there are no plans to exit, at least at the time being. We need to expand in these markets, and maybe in one more year they can be profitable.

He affirmed domestic flights had resumed at 50% capacity, with a load factor of 60% in July alone, a sign of growing demand. The airline expects to be running at 90% capacity domestically by year-end, while international flights will increase gradually. Other supporting factors include rising air fares, low fuel costs and increased travel demand in countries where AirAsia operates.

On the statement by Ernst & Young, which informed the Kuala Lumpur stock exchange that it found “material uncertainties” that may cast “significant doubt” on the carrier’s ability to continue as a going concern, Fernandes said he did not take offense at the report, which he called “completely fair.” He pointed out that the airline was not alone in facing a tough environment due to the pandemic.

“The lines that EY wrote will be on the papers for most companies out there, not only airlines. We are all affected by this unprecedented event,” Fernandes said.

“We draw attention to Note 2.1 and Note 48 to the financial statements, which indicate that the group has a net loss of 283 million ringgit (US$66.2 million) for the financial year ended 31 December 2019 and the current liabilities exceeded its current assets by 1,843 million Ringgit,” the auditors said in their statement.

“The travel and border restrictions implemented by countries around the world have led to a significant fall in demand for air travel, which impacted the group’s financial performance and cash flows,” the report said.

AirAsia’s shares were suspended briefly on Wednesday and closed at 0.70 ringgit, down 17.5% from Tuesday’s close. On Thursday they partly rebounded, rising 6.4% to 0.75 ringgit.

AirAsia on Monday reported a first-quarter net loss of 804 million ringgit, reversing a 96 million ringgit profit for the year-earlier period. The COVID-19 pandemic has closed the borders of most of AirAsia’s key markets, including Malaysia, Thailand, Indonesia, the Philippines, China and India. As a result, the budget airline carried 9.85 million passengers in the first quarter, down 78% from a year earlier. [Nikkei Asian Review/photo special]

IN LINE with intensive efforts to restore business performance, the national airline Garuda Indonesia is accelerating the early return of fleets whose leases have not yet matured. One of these strategic steps was marked...

LION Air Group, including Wings Air and Batik Air, said that the airline had expanded and strengthened its network of cooperation with PT Daya Dinamika Sarana Medika to provide facilities for carrying out the COVID-19...

LIST OF 10 MOST EXPENSIVE FLIGHTS IN THE WORLD, WANTED TO TRY IT?

MANY of us choose to look for low-cost airlines to travel with. Even before deciding to book a plane ticket, we always look for the cheapest cost. Of course, by looking for airlines with low costs, you can save your...

THERE ARE 3 ITEMS BALINESE TYPICAL SOUVERNIRS THAT YOU SHOULD BUY

PRESIDENT JOKOWI: SHOW THE WORLD THAT BALI ISLAND IS VERY SAFE TO VISIT

SANDIAGA: PREPARATIONS FOR THE OPENING OF BALI TOURISM HAS REACHED 90%