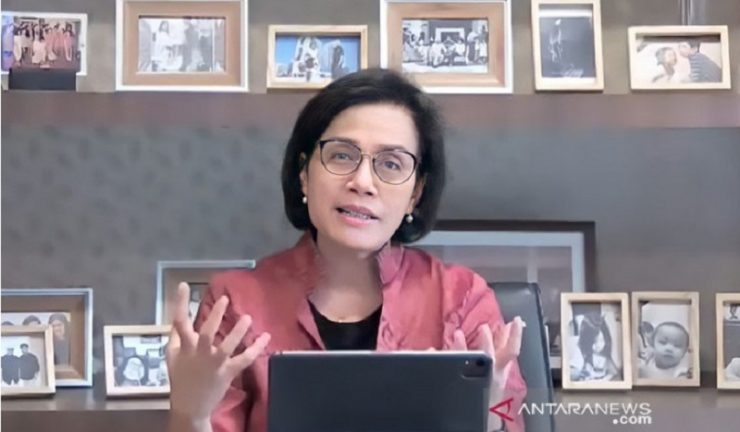 According to Finance Minister Sri Mulyani Indrawati at ‘Our State Budget (APBN)’ press conference in Jakarta on Wednesday (7/21) said the government also raised the total budget for COVID-19 Handling and National Economic Recovery (PC and PEN) from IDR699.43 trillion to IDR744.75 trillion.

Sri Mulyani explained that the budget allocation for allowances in the health sector touched IDR54.1 trillion, or 25.2% of the IDR214.95-trillion budget ceiling, and in the social protection program IDR82.22 trillion, or 43.8%t out of IDR187.84-trillion ceiling.

“The 2021 state budget would keep changing through reallocation of various ministry/institution expenditures to meet the dynamic demands amid this pandemic. The additional IDR55.21 trillion was obtained from refocusing expenditures at ministries and institutions. At this moment, it is undergoing its fourth refocusing,” she informed.

Sri Mulyani stated that despite spare funds, the government will maintain the deficit so it does not exceed the ceiling-budget in the State Budget Law. We (the government) were permitted by the House of Representatives (DPR) to include the 2020 accumulated budget surplus (SAL) into the 2021 State Budget.

“The government used IDR86.67 trillion of the 2020 SAL to increase this year’s expenditure and reduce government-issued sovereign debt papers (SBN),” she concluded. [antaranews]