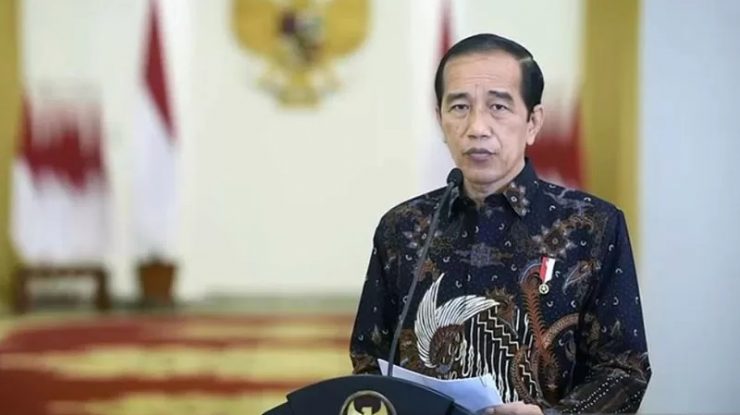 “Taking into account several indicators of cases this week, the government has decided to continue PPKM Level-4 from August 3-9, 2021 in certain regencies and cities by adjusting the regulation of community activities and mobility according to the conditions of each region,” said President Jokowi in a statement which was broadcast through the Presidential Secretariat Youtube channel on Monday (8/2).

“PPKM level 4 which was implemented from July 26 to August 2, 2021 yesterday has brought improvements on a national scale compared to before, both daily case confirmation, active case rate, cure rate and BOR percentage (bed occupancy ratio),” said the President.

President Jokowi also expressed his gratitude to all Indonesian people for their understanding and support for the implementation of PPKM.

“The choice of the community and the government is the same, namely whether to face the threat of life safety due to COVID-19 and face the economic threat of losing their livelihoods and jobs,” added the President.

To overcome this, according to President Jokowi, the gas and brake policy must be carried out dynamically in accordance with the developments of COVID-19 in the last days.

“We cannot make the same policy in a long duration, we must determine the degree of community mobility according to the data of the last days so that our choices are right for both health and the economy,” President Jokowi stated.

In any situation, President Jokowi continued, discipline in implementing health protocols is the key to people’s health and livelihoods.

“I really appreciate the participation and support of the volunteers and philanthropists who have helped the government in enforcing health protocols, facilitating self-isolation and other social efforts. I assured that COVID-19 is a challenge that must be overcome together,” the President remarked.

President explained that through our efforts and hard work and sacrifices in undergoing various restrictions on these activities, God willing, we will soon be free from this COVID-19 pandemic.

Based on the Instruction of the Minister of Home Affairs (Inmendagri) Number 24 of 2021 dated July 25, 2021, the areas that implement PPKM level 4 consist of, first, DKI Jakarta Province in the Thousand Islands Regency, West Jakarta, East Jakarta, South Jakarta, North Jakarta and Jakarta Center).

Fifth, the Province of the Special Region of Yogyakarta in the Regencies of Sleman, Bantul, Kulonprogo, Gunungkidul and the City of Yogyakarta.

Eighth, the Province of Bali in the Regencies of Badung, Gianyar, Klungkung, Tabanan, Buleleng and Denpasar City. [antaranews]