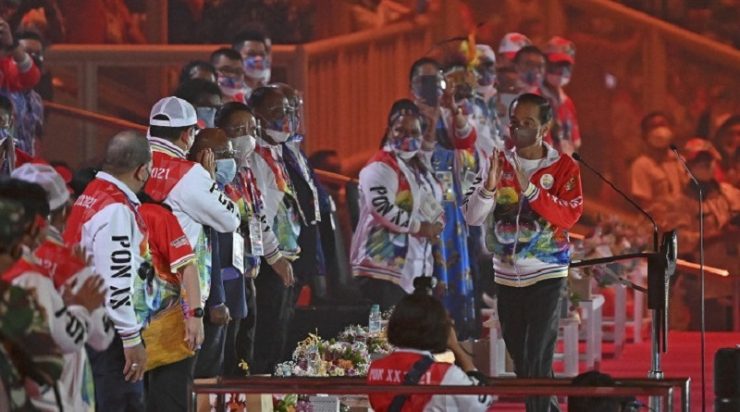 The President was present wearing a PON XX jacket with a dominant red and white color and a Papuan face, in a graphic design with a bright color on the front. Not to forget President Jokowi wearing a light brown mask.

The opening ceremony of PON XX was opened with a song and dance performance telling the story of Papua past, present, and future that carried the message of the awakening of Papuan children in the future.

After opening with a performance, the athletes from each province who will compete in PON XX make convoys and go around the field waving their hands.

A total of 7,066 athletes from all provinces in Indonesia participated in the XX PON in Papua Province, with details of 4,176 male athletes and 2,890 female athletes.