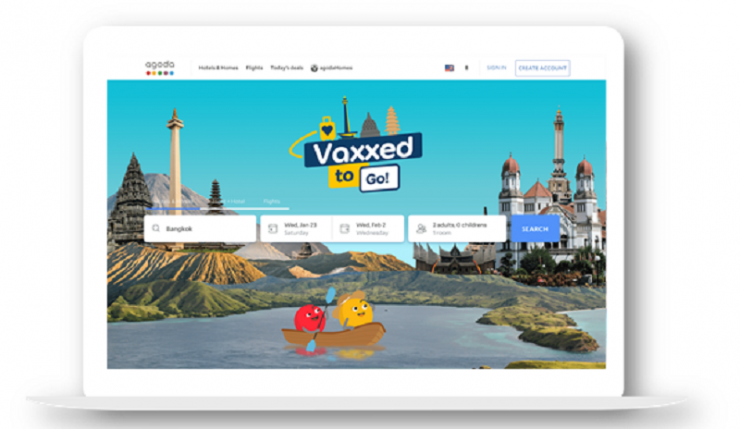 DIGITAL travel platform Agoda Indonesia has launched the Vaxxed to Go campaign to support the national vaccination program and promote the recovery of the tourism industry in Indonesia.

According to Agoda Indonesia’s Senior Country Director, Gede Gunawan, quoted from a press release, Agoda will offer special packages with discounts of up to 15% for travelers who have already vaccinated. Through this campaign, customers can also choose a number of Vaxxed to Go packages that are suitable for them on special landing pages, such as hotels with the Hygiene Plus feature.

“Based on an Agoda survey titled ‘Travel in 2021’ released recently, it was stated that Indonesians are the least likely among Asian countries to overspend on accommodation, so the Vaxxed to Go campaign is here by offering answers to these challenges,” said Gede Gunawan.

With the Vaxxed to Go campaign, he continued, which provides exclusive offers for vaccinated travelers, Agoda wants to help Indonesians feel safe and confident to travel again while getting great discounts.

“Not only customers, hotel partners who participate in this campaign also have the opportunity to appear on Agoda’s various products and marketing touchpoints including on social media, banner promotions, customer emails, and pop-up ads,” he said.

As part of its Vaxxed to Go campaign in Indonesia, Agoda will also support communities affected by COVID-19 through partnerships with non-profit organization Scholars of Sustenance.

The partnership is expected to provide up to 5,000 packages of basic food equivalent to 200,000 meals for around 40,000 people in some of the most affected communities in the Bali and Java regions.

“Joint initiatives such as Vaxxed to Go with our accommodation partners are part of Agoda’s efforts to kickstart the recovery of the travel and hospitality sector in Indonesia. We are all affected by COVID-19, even some people have to struggle for their daily food,” concluded Gede. [traveltext.id]