CITY OF SYDNEY REOPENS, FROM NOW ON AUSTRALIA LIVES WITH COVID-19 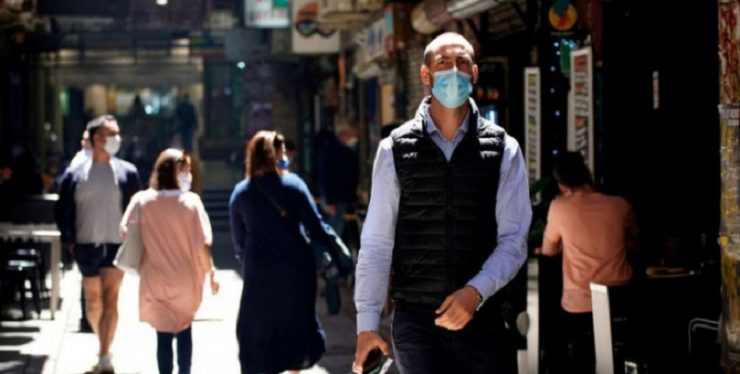 SYDNEY’S restaurants, cafes and gyms began opening Monday (10/11) to visitors who have been vaccinated against COVID-19 in full doses.

Meanwhile, Australia is trying to coexist with COVID-19 by increasing its vaccination movement and will gradually reopen itself. Pubs in Sydney, Australia’s largest city, opened their doors Monday at 00:01 local time.

Shortly after, groups of friends and family eager to enjoy a beer thronged, as seen in pictures on television and social media. Prior to Monday, more than five million Sydneysiders had been under strict social distancing since June in the government’s efforts to deal with the highly contagious Delta variant.

The variant then spread to Melbourne and the Australian capital, Canberra, forcing local authorities to also implement a lockdown.

Dominic Perrottet, the head of government for New South Wales, called on the people of Sydney – the state capital – to control their excitement about the lifting of the lockdown.

Perrottet warned that infections would increase once places reopened. Based on the loosened rules, a maximum of 10 people who have been vaccinated can gather at home. A maximum of 100 people may attend weddings, as well as funerals. Retail shops may reopen but the capacity for visitors is reduced.

The state is trying to speed up vaccination implementation so that by October 80 percent of its population has been vaccinated against COVID. Meanwhile, people who have not been vaccinated will still have to stay at home until December 1.

New South Wales has lifted the lockdown rules after meeting the vaccination target of 70 percent of its adult population. With the vaccination movement underway, Australia plans to return to normal life.

According to the plan, the country from November will allow its citizens who have been fully vaccinated against COVID-19 to enter and travel abroad freely. New South Wales itself plans to implement the rules sooner.

Australia closed its international borders in March 2020. This move has made the country able to reduce the relatively low COVID-19 rate of 127,000 cases and 1,400 deaths.

New South Wales on Monday reported 496 new cases locally, most of which emerged in Sydney. That number is an increase from Sunday (10/10), which was 477 new cases. [antaranews]