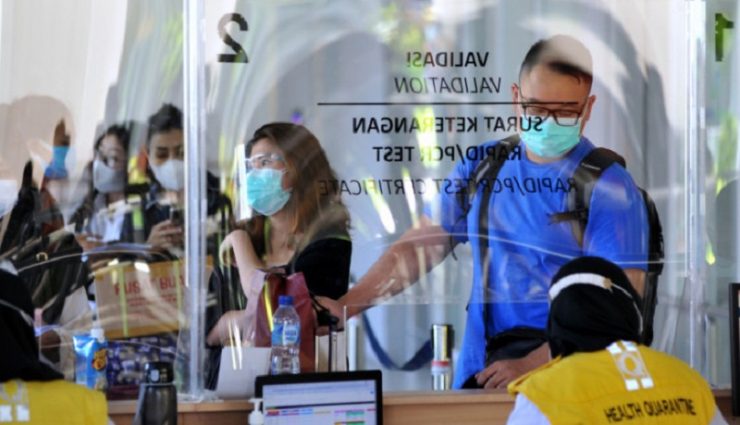 RUSSIA and a number of other countries are proposed to be the countries of origin of foreign tourists who will be allowed to go to Bali on October 14, 2021. This was stated by the Minister of Tourism and Creative Economy, Sandiaga Uno during the Weekly Press Briefing, Monday (10/11).

Previously, the Coordinating Minister for Maritime Affairs and Investment, Luhut Binsar Pandjaitan, mentioned several countries from which foreign tourists were allowed to enter Indonesia. The countries are South Korea, China, Japan, and New Zealand. Furthermore, there are Abu Dhabi and Dubai in the United Arab Emirates (UAE).

“We propose several countries in Europe that have not been included in the list that has been submitted by the Coordinating Minister for Maritime Affairs, and of course countries that have made a lot of commitment if (Bali) is opened they will send foreign tourists in the form of charter flights,” said Sandiaga.

Apart from these countries, a number of other countries including countries in Western Europe that will also be targeted are Singapore, Hungary, Poland, France, Australia, Germany, Spain, the Netherlands, England, Italy, Austria, Belgium, Norway, Denmark, and Sweden.

However, the decision of the country of origin of foreign tourists who are allowed to go to Bali is still being discussed. But Sandiaga said there would be a first flight to Bali if a decision was made.

“Although this will be delivered at the last minute, we have received confirmation that if the decision is issued in the near future, there will be a first flight that will land on October 14 in Bali,” Sandiaga finished. [sourcesphoto special]

THE INDONESIAN Ministry of Tourism and Creative Economy will consider plans to reopen Aceh’s tourist gates for foreign tourists which were closed during the COVID-19 pandemic, especially for tourists from Malaysia...

MASTERCARD and Grab, Southeast Asia’s leading superapp, announced a regional partnership to enhance digital and financial inclusion in the Southeast Asia region. This collaboration will provide millions of...

THE MOROCCAN Government has revoked the visa-free rule for Indonesian (RI) citizens since last Friday (10/8). The Embassy of the Republic of Indonesia (KBRI) in Rabat in Morocco stated that this visa-free revocation was...