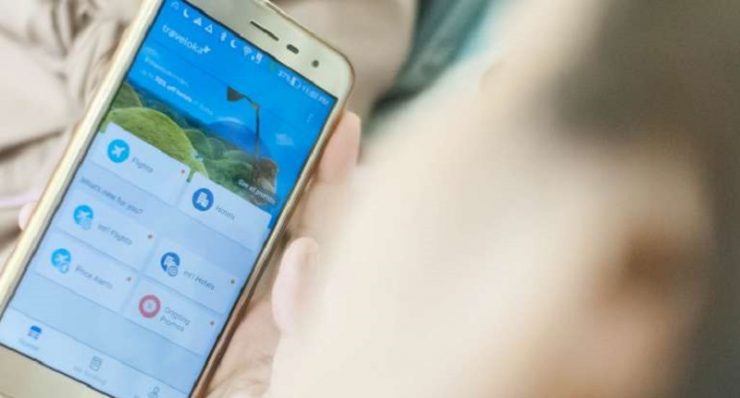 THE FIFTH Traveloka EPIC Sale promotion program which was held on 5-11 October 2021 recorded an increase in bookings of more than 1.5 times higher than the EPIC Sale in March 2021.

Meanwhile, the number of visitors to the application is recorded at more than 7 million users. This shows that Traveloka EPIC Sale is able to create market demand which is expected to make a positive contribution to the business continuity of partners.

According to Budi Patiran, Managing Director of Life Hospitality Hotel Group, which is Traveloka’s accommodation partner, said that his party was able to increase the number of room orders by participating in the fifth EPIC Sale period.

“Total bookings increased by one to two times than usual during the EPIC Sale period, although previously the contribution of bookings from the Traveloka application had contributed 20-30% of sales,” Budi said at a virtual press conference on Friday (10/15).

The fifth Traveloka EPIC Sale was held in collaboration with around 54,000 partners in the tourism sector. Through this program, the most popular activities for users are staycations in the Java Island area, ordering heavy meals and sweet snacks in the Greater Jakarta area, and taking planes for weekend getaways in Bali and Yogyakarta.

Meanwhile, Albert, Co-Founder of Traveloka, said that he was grateful that the second Traveloka EPIC Sale this year was able to encourage the tourism industry’s optimism to slowly rise from the pandemic.

“The creation of increasing consumer demand during the EPIC Sale period provides fresh air for partners to be able to maintain their business continuity. In line with the increasing public interest in returning to travel, Traveloka and partners also continue to encourage the implementation of safe travel that prioritizes the implementation of strict health protocols, said Albert.

Apart from prioritizing health protocols during travel, Traveloka also noted that outdoor activities are an alternative for users, which is reflected in the increasing interest of their users directly through live streaming on the Traveloka application and social media accounts.

The existence of this special EPIC LIVE succeeded in attracting the interest of users as seen from the increase in the number of viewers up to 3.7 times (unique viewers) compared to the usual live stream session before the EPIC Sale period and this contributed to an increase in traffic and sales of partners who participated in EPIC LIVE until by 2 times.

For users, Traveloka has started to build enthusiasm for the EPIC Sale from 29 September-4 October 2021 by holding an EPIC Referral. This mechanism allows users the opportunity to win daily discount coupons. Around 180,000 Traveloka users participated in this session with a total of more than 70,000 referral links shared and a total of more than 3 million coins collected by all users.

During the EPIC Sale period on 5-11 October 2021, Traveloka presents a variety of games with prizes to add Traveloka Points and discount coupons for users.

“As a form of Traveloka’s commitment to supporting the growth of the domestic tourism ecosystem, we strive to ensure that Traveloka’s support for partners does not stop at the EPIC Sale period. Traveloka will continue to innovate to produce other initiatives and program breakthroughs that are beneficial for partners. collaborate with partners to provide the best and relevant end-to-end services for users,” concluded Albert. [antaranews/photo special]