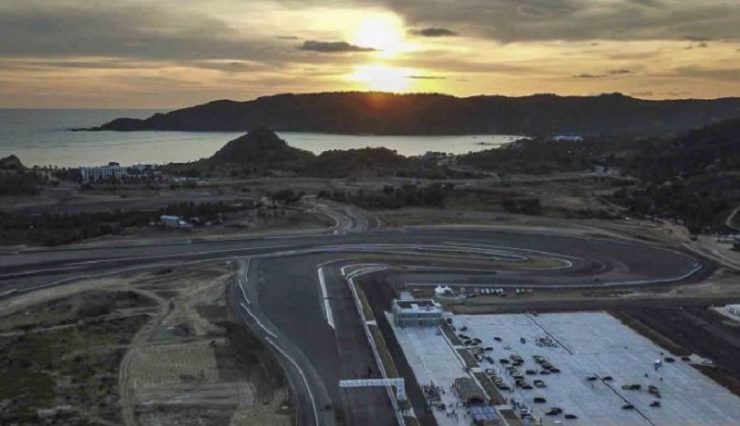 “Thus, the multiplier effect is IDR500 billion per event, after I visited the Mandalika circuit, Central Lombok district, West Nusa Tenggara (NTB) province,” he projected in a statement released here on Friday (10/15).

On the occasion, he tested the 4.3-kilometers (km) circuit in a Buggy Car. The Mandalika circuit has 17 turns and offers beautiful views of the green hills and blue sea.

The circuit was built with the latest paving technology — Stone Mastic Asphalt – to ensure racers’ safety while driving at a speed of 330 km per hour on the circuit, the minister noted.

“The circuit is amazing and the scenery is mesmerizing. In addition, traffic management has been prepared. The 2021 Mandalika WSBK is expected to be watched by 25 thousand spectators,” he said.

Furthermore, he expressed the hope that the implementation of WSBK on November 19-21, 2021 and MotoGP in 2022 would help make Mandalika a Tourism Special Economic Zone (SEZ).

“In decades, there has not been any Tourism SEZ that is as fully integrated as Mandalika. It can be a leading alternative tourism destination as it is equipped with a port that manages to accommodate 7 million people, both domestic and foreign,” he noted.

“The WSBK is expected to be able to revive our tourism sector. The event is estimated to absorb 7,545 workforces,” he explained.

Furthermore, he said ITDC would open a digital marketplace in the future to sell official Superbike and MotoGP merchandise made by small and medium enterprises in the Lombok area. [antaranews]