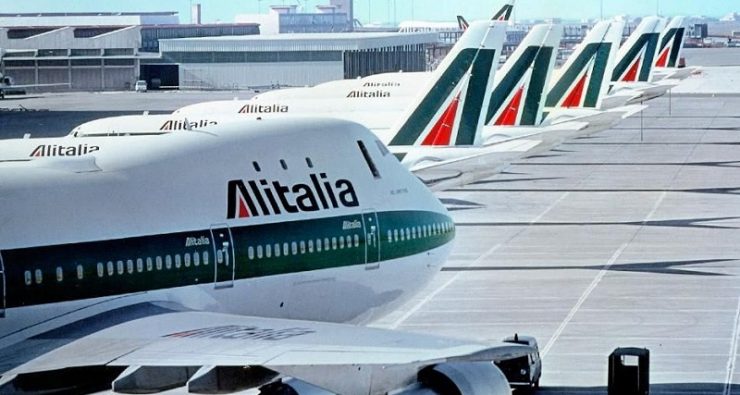 ANOTHER global airline collapsed, burdened with debt and hit by the COVID-19 pandemic. The latest is Alitalia, an Italian airline that must end flights on October 14, 2021, after 74 years in the air. The trip from Rome to Cagliari was Alitalia’s last flight on October 14.

Quoted from various sources, Italy’s national flight is now being replaced by Italy Air Transport aka ITA. ITA first flew on Friday (15/10) morning from Milan’s Linate Airport to Bari. ITA also had to pay €90 million or more than US$104 million for the Alitalia brand. The value is equivalent to IDR1.4 trillion.

Alitalia had to stop operating because over the last 20 years it cost around €13 billion. The airline’s operations are increasingly sprawl due to the pandemic hit. In 2020, Alitalia loses up to 2 million euros per day.

If you refer to the company’s history, Alitalia was once a symbol of Italian style and luxury. In fact, this airline has become a prima donna for the Italian political elite. Alitalia has also become a symbol of Italy’s economic success, after the end of World War II.

In the 1970s, Alitalia even became the seventh largest airline in the world. However, slowly Alitalia began to decline and worsen in recent years.

Intense competition in the airline industry, financial difficulties made the Italian government repeatedly try to save Alitalia. In the last three years for example, more than 8 billion euros or about US$ 9.27 billion was injected into Alitalia. The Italian government also continues to seek private investors as partners.

In the end, Alitalia had to give up, no longer flying burdened with debt. During the COVID-19 pandemic, Alitalia even had to bear a loss of 2 million euros per day. The Italian government dared to make a decision, to stop Alitalia from flying. Instead, Italy Air Transport immediately filled the void left by Alitalia.

In the early days of operation, Italy Air Transport employed 2,800 employees. Of these, 70% are those who have worked in Alitalia. ITA has 52 aircraft. ITA plans to operate intercity flight routes in Europe as well as flights to New York from Milan and Rome as well as flights to Tokyo, Boston and Miami from Rome.

This is the second time that Italy has had to give up its airline. Air Italy, a low-cost airline in Italy, also had to freeze its operations on February 11, 2020. His rescue attempt failed after one of its biggest shareholders, Qatar Airways, also faced problems.

Air Italy is the second largest airline in Italy. After being liquidated, the company based in Sardinia gradually sold all of its assets. [sources/photo special]