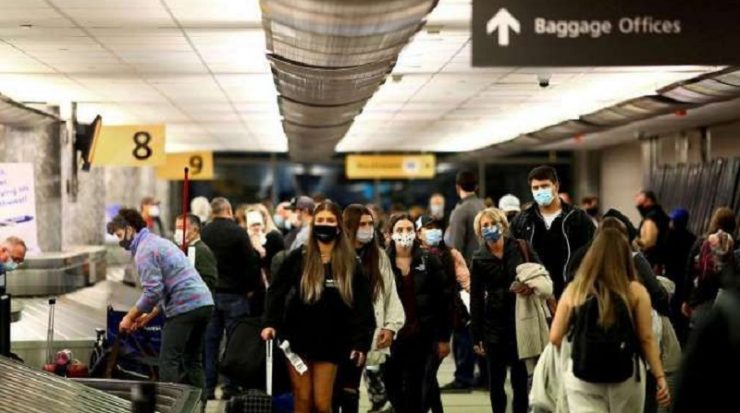 THE WHITE House announced it will lift COVID-19 travel restrictions for fully vaccinated international travelers starting November 8, 2021. This ends historic restrictions that have barred much of the world from entering the United States for the past 21 months.

The unprecedented travel restrictions are keeping millions of visitors out of the United States, China, Canada, Mexico, India, Brazil, much of Europe and elsewhere. US tourism is shrinking, and hurting the economies of border communities. They prevented many people and foreign workers from reuniting with their families.

“Oh, how I miss Christmas in NY,” Alexandros Koronakis, an executive at AT&T Inc in Brussels, wrote on Twitter.

US allies have heavily lobbied the Biden administration to repeal the rules. Many praised the announcement from the White House on Friday, including Sweden’s ambassador to the United States Karin Olofsdotter, who called it “very welcome news”.

The restrictions on non-US citizens were first imposed on air travelers from China in January 2020 by then-President Donald Trump and were later extended to dozens of other countries, with no clear metrics on how and when to lift them.

Restrictions on non-essential travelers at the land borders with Mexico and Canada have been in place since March 2020 to contain the COVID-19 pandemic.

The US Department of Transportation said Friday that US international air passenger traffic fell 43% in August and overall passenger air traffic fell 21% above pre-pandemic levels.

Meanwhile Nick Calio, chief executive of industry trade group Airlines for America, said in a statement that airlines have seen an increase in international ticket sales in recent weeks after the White House announced plans to lift restrictions.

“The full reopening of international travel is also critical to reviving economies around the world, reviving community activity and supporting millions of jobs in the US and overseas,” Nick said.

The United States has lagged many other countries in lifting the restrictions. [kontan.co.id/photo special]