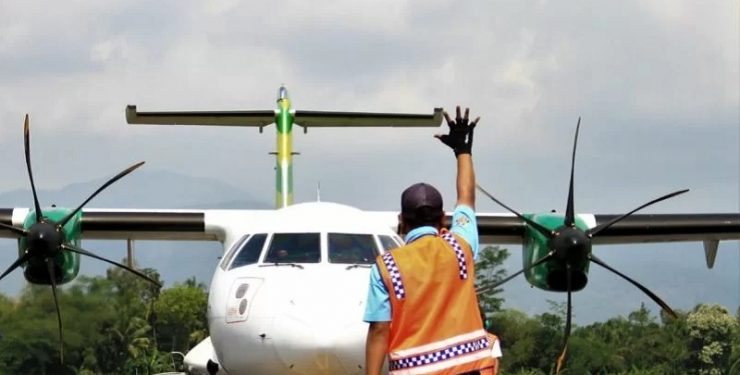 FLIGHT connectivity at the airport, which is located in Purbalingga, Central Java, is maintained in the midst of the COVID-19 pandemic.

According to the Executive General Manager of Jenderal Besar Soedirman Airport, Catur Sudarmono said currently, the flight slots available at Jenderal Besar Soedirman Airport are the Jakarta-Purbalingga-Surabaya and Surabaya-Purbalingga-Jakarta routes. AP II together with Citilink are committed to always focus on serving the journey of the people of Purbalingga and its surroundings,” said Catur Sudarmono in his statement in Jakarta, Tuesday (10/18).

Catur explained that the airport in Purbalingga, which was activated on June 1, 2021, has arranged connectivity from west to east in Java, through the Jakarta-Purbalingga-Surabaya flight route operated by Citilink airline.

“Since flight access was first opened in June, flight traffic in Purbalingga has continued to grow until now. Implementation of health protocols in the midst of the COVID-19 pandemic remains a priority in order to provide a sense of security and comfort for airplane passengers,” he said.

He explained, as an effort to support the implementation of health protocols, a COVID-19 rapid antigen test facility will be available in the near future at Jenderal Besar Sudirman Airport so that prospective airplane passengers can more easily carry out tests.

“As for the Circular of the Minister of Transportation Number 62/2021, for flights between airports in Java-Bali, airplane passengers who have undergone a second dose of vaccination can show the results of the rapid antigen test as a flight requirement,” he said.

Catur revealed that Jenderal Besar Sudirman Airport is an airport that has the task of expanding flight connectivity in the southern part of Central Java, opening flight access in Purbalingga and surrounding cities such as Banjarnegara, Banyumas, Cilacap, Kebumen and Banyumas Residency.

“Many flight routes in Java are made through the northern part. With the existence of Jenderal Besar Sudirman Airport, flight traffic in the southern part will increase so that it can encourage economic growth in this region,” he said.

Furthermore, he said that the aviation market in Purbalingga was the original Purbalingga residents who migrated or worked in other cities. In addition, Jenderal Besar Soedirman Airport of course also supports the growth of the tourism sector in Purbalingga and surrounding cities.

The existence of this airport is also inseparable from the full support of the Purbalingga Regency Government which provides a temporary passenger terminal measuring 20×20 meters. As for the future, it is planned to build a terminal with a capacity of 300,000 passengers/year.

“Traffic at this airport is usually quite high on weekends, dominated by residents who return to Purbalingga and surrounding cities after a week of working outside the city. Usually, it takes them hours by land, now with the airport it is only less than 1 hour flight. This airport has been waiting for its presence by the public from 15 years ago,” he added.