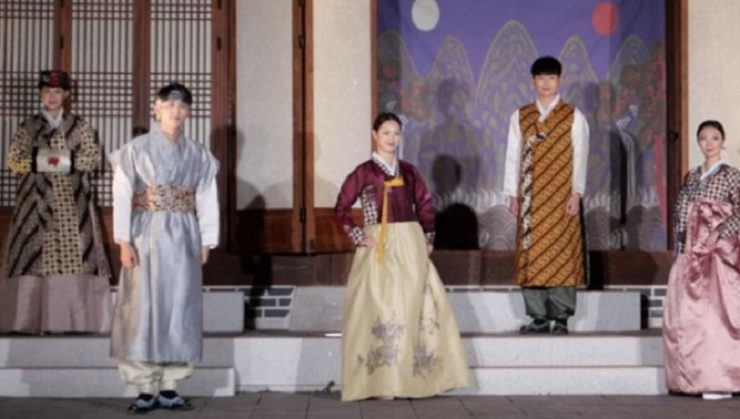 “With the Hanbok and Batik Fashion Show 2021 event, let us celebrate the fusion of our cultures for a stronger and warmer friendship between Korea and Indonesia,” Makarim noted in a press statement on Saturday (10/23).

The fashion show aims to promote cultural exchange between Korea and Indonesia by introducing and combining the two countries’ traditional attire. The event displays the beauty of batik and hanbok through a stage display featuring professional models.

The event was held simultaneously in Korea and Jakarta. The exhibition stage was prepared at Chojeong Palace, Cheongju, South Korea, where traditional hanbok and batik hanbok collaborations designed by Lee Hyo-jae were displayed.

This Hanbok and Batik Fashion Show was fully supported by South Korea’s Ministry of Culture, Sports and Tourism as well as South Korea’s Crafts and Design Culture Promotion Agency.

“I am optimistic that this fashion show would encourage the people from our countries to collaborate more in the creative industry sector and play a role in the effort to recover the two nations’ economy,” Coordinating Minister for Economic Affairs Airlangga Hartarto remarked.

“Hanbok and batik are the cultural heritage and symbol of Korea and Indonesia. Through this hanbok and batik collaborative event, the beauty of the two clothing will combine on stage,” Park Tae-sung stated.

“I am optimistic that this Hanbok-Batik Fashion Show would bring the two countries together to become special friends, like blood brothers, through the increasing understanding of Korean and Indonesian culture and more intensive cultural exchange activities,” he added. [antaranews]