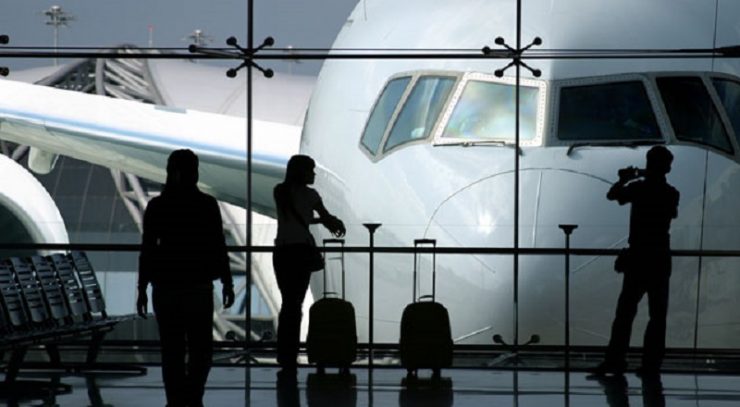 THE COVID-19 pandemic has changed the entire paradigm, including the travel style, in a completely unthinkable direction. However, it seems that people’s interest in nature tourism and adventure during the pandemic is getting higher.

The Adventure Outlook 2022 survey shows that almost all respondents or as much as 99% stated that they are interested in taking nature and adventure tourism trips. This desire is accompanied by public awareness of the importance of implementing Cleanliness, Health, Safety and Environmental Sustainability (CHSE), as well as travel insurance.

The Adventure Outlook 2022 survey conducted by the Indonesia International Outdoor Festival with Kopisetara and supported by BJB Bank shows the perception of the majority of respondents (86.2%) stating that it is very important and important to implement CHSE during the pandemic.

A total of 72.7% of respondents also considered the importance of operators paying attention to the application of vaccine evidence and discipline of health protocols.

According to the Head of Research and Development of Arah Kita Media Group whose team conducted the Adventure Outlook 2022 survey, Heru Prasetya said the results of this survey provide an overview for the nature and adventure tourism industry players to pay more attention to government concepts and policies related to health and safety protocols and the convenience of traveling in the new era.

Based on the analysis of the survey results, Heru then recommends several suggestions in which the government needs to anticipate to prepare natural tourist destinations, such as Labuan Bajo is better with good infrastructure and also anticipates that Labuan Bajo and its surroundings do not become mass tourism that risks damaging nature conservation. The government and tourism businesses are also advised to immediately improve to anticipate the surge in tourism flow after a vacuum during the COVID-19 pandemic.

The government is advised to consider creating advertising content for tourist destinations through social media that is widely used by tourism actors so that the target of visiting foreign tourists and domestic tourists is achieved.

CHSE, evidence of vaccines to health protocols and other anticipatory steps are suggested to be strictly implemented by tourism managers/operators according to people’s expectations in order to avoid wave 3 of the corona. Every tourist destination also needs to prepare certified officers so that the comfort and safety of people traveling is guaranteed.

Meanwhile, the local tourism equipment and equipment industry is estimated to still be able to grow because respondents in Indonesia do not rely on foreign products. They even think the brand is not important. The main thing for them is the model, color, usability, and quality.

Even the Minister of Tourism and Creative Economy, Sandiaga Uno, has emphasized that the tourism trend triggered by this pandemic is heading towards being personalized related to experiences and memories, localized or having a positive impact on local communities. Then ‘customized’ or special interest tourism, and smaller in size which prioritizes quality (tourists) not quantity.

Sandiaga added that the government has prepared for several fields, starting from preparing tourism workers, from skills to vaccinations. Then the commitment to implementing health protocols with CHSE certification and the PeduliLindungi application, quality tourism products by offering personalized, customized, localized, and smaller in size tourism activities.

Culinary Practical
From the culinary side, Indonesian food is part of the world’s best wealth heritage, therefore culinary tourism is a charm in itself which is one of the attractions.

The culinary diversity from Sabang to Merauke, each of which has its own characteristics, presents a pluralistic acculturation of cultures. This makes the variety of flavors of food in each region influenced by the use of various types of herbs and spices.

The culinary diversity of the archipelago is the charm of this country and culinary actors in the country are trying to present it. So, a number of culinary industry players also get a great opportunity related to the projected revival of the tourism sector after the pandemic.

Culinary tourism, which is projected to grow next year, also encourages industry players to stay creative and take advantage of practicality, for example, chef family culinary seasoning producers who want to take part.

The company, which was founded in 2020, seeks to encourage the development of culinary tourism by providing culinary spices that are practical and fast to serve. In general, for next year, tourists are expected to prefer ethnic cuisine with basic ingredients of spices and aromatic leaves that cannot be found elsewhere.

Packaged seasonings and chili sauce are also expected to be a favorite of tourists, especially those packaged with packaging sterilization procedures to ensure the absence of bacteria and germs in each of their products. Then creative recipes will also be in great demand, especially those that are needed a lot during the quarantine period.

So, the presence of practical spice producers such as Koki Family is expected to be able to encourage culinary Small, Medium, Enterprises (SMEs) and culinary tourism in the country. The style of traveling in this period of adaptation to new habits then becomes evidence of how adaptive the tourism sector and the creative economy are where there is great hope in the economic revival of the community after being hit by a pandemic storm. [sources/photo special]