PII COMMITS TO SUPPORTS THE RECOVERY OF INDONESIA’S TOURISM SECTOR 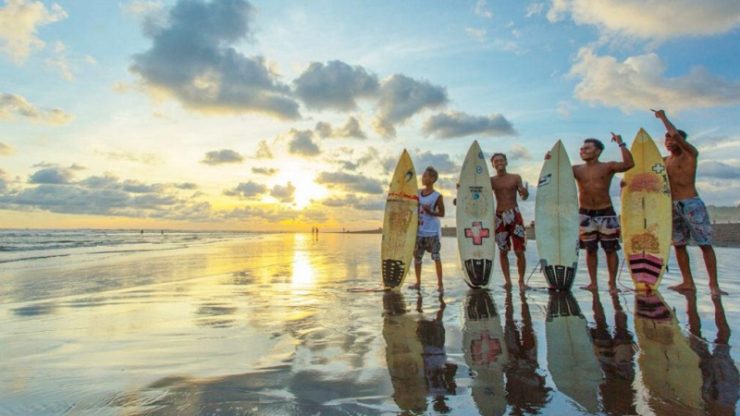 THE TOURISM sector is one of the business sectors most affected by the COVID-19 pandemic. This is because the travel restrictions and quarantine policies have caused many people in the country to cancel their tourist trips.

For this reason, the Indonesian Engineers Association (PII) is committed to playing a role in restoring the tourism industry and the creative economy in the country. This was stated by Heru Dewanto, Chairman of PII in a webinar entitled ‘The Awakening of the New Era of Tourism Sector in Indonesia’, Friday (11/5)

Heru said PII had conducted an assessment of the problems in Indonesia caused by the pandemic. This includes the problems that afflict the tourism industry and the creative economy. PII, participate in formulating steps to restore the sector.

According to Heru, in the midst of the COVID-19 pandemic, PII has reflected, imagined, and redesigned Indonesia in the future. One of them is the tourism sector.

“For the tourism sector, we have launched several recommendations. One of them is that we need to develop a standard protocol to reactivate certain tourist areas,” said Heru.

In addition, he continued, a pilot project is needed to be implemented in one area, which is then replicated to other areas. From this strategy, it is hoped that ten new Balis will emerge in Indonesia, which will eventually be able to restore the tourism industry and the domestic creative economy.

Heru added, since 2014, Indonesia has carried out extraordinary infrastructure development. The infrastructure built, among others, can be used to restore the tourism sector and the creative economy.

“Do you need micro infrastructure for tourist destinations. So, the standards are the same as those in the world, such as toilets, hand washing stations, WiFi,” Heru added.

Heru said there were one billion international arrivals lost due to the pandemic. Its value is equivalent to US$1.3 trillion. In Indonesia itself, according to a World Bank report, there is a talent gap in seven sectors that are considered to be hampering Indonesia’s economic growth. One of these sectors is tourism. It is estimated that Indonesia has lost around 40 million local tourists due to the pandemic. [souces/photo special]