10 TOURIST DESTINATIONS IN HELSINKI, THE HAPPIEST AND SAFEST CITY IN THE WORLD 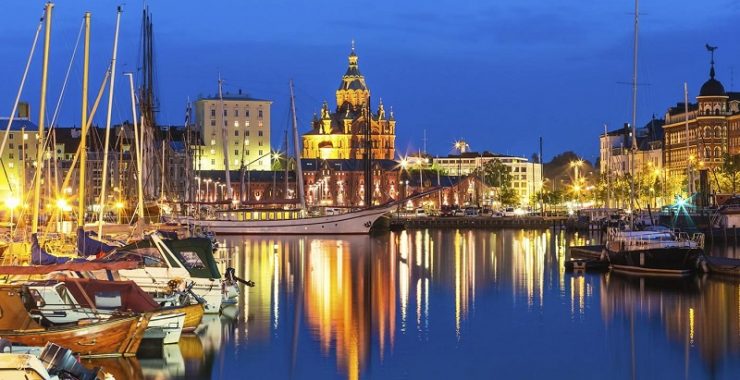 HELSINKI is the capital city of Finland which is dubbed the happiest country in the world. Besides being dubbed as the happiest city, Helsinki also gets the title as one of the safest cities in the world. Helsinki has an area of ​​about 218 km² and is the largest city in Finland.

Helsinki has dozens of tourist destinations that are no less interesting than other cities in Europe. The main destinations in Helsinki include museums, parks, to forts that have their own charm.

Here are 10 of the most popular tourist attractions in Helsinki that must be visited: (1). The Sibelius Monument is the most famous abstract monument in Helsinki. This monument made of organ pipes is dedicated to Finland’s most popular composer, Jean Sibelius. (2). Suomenlinna, a world heritage fort that has been around since the 18th century is still very sturdy with its stunning design appearance.

There are also number; (3). Senate Square is the most popular square in Helsinki. The existence of several classic buildings makes this square look special and historic. (4). Being the most visited place, Market Square Helsinki sells a variety of souvenirs, ranging from traditional food to interesting Helsinki souvenirs. (5). Esplanadi is a popular and most visited park in Helsinki. The average tourist spends his time in this park by listening to music to watching attractive shows.

Well, there are also places that are no less interesting, such as: (6). It’s not complete without visiting the Linnanmaki amusement park. There are many exciting and interesting rides, one of which is the wooden Roller Coaster which was built in 1951. (7). SkyWheel Helsinki is one of the tallest Ferris wheels in Helsinki. Having a height of 40 meters, visitors can see the beauty of the city of Helsinki from a height. (8). Kaivopuisto is one of the oldest parks in Helsinki which is still crowded. This Park presents a green garden combined with a beautiful ocean.

(9). The National Museum of Finland showcases the history of Finland, from prehistoric times to the 19th century. The museum was built in 1905 and opened in 1916, and number (10). The Ateneum is an art museum that houses the largest art collection in Helsinki. This museum not only stores local art, but also holds hundreds of international artworks

Those are some of the most popular tourist attractions in Helsinki. These places can be your alternative choice when on vacation in Helsinki. Which of the ten places would you like to visit? [sources/photo special]

TOWARDS the end of the year, you may be planning things related to a trip to an area. If you are planning to spend your vacation in Yogyakarta, there are a number of destinations that are suitable as a solo tourist spot...

WINTER is synonymous with snow and skiing is a sport, recreation and a common mode of transportation on the snow. By using a pair of long flat boards attached or fastened to shoes or boots, skiing can be a fun activity...

LOOKING FOR TOURISM VILLAGES IN BALI, NTB AND NTT? YOU CAN VISIT THERE

ALONG with the development of tourism in a new era that is moving towards quality and sustainability, tourism villages have an important role in generating tourism and the creative economy in Indonesia. This is because...