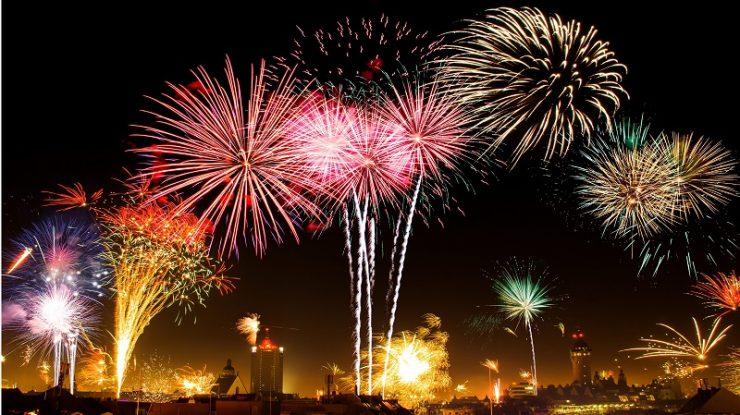 THE Coordinating Minister for Human Development and Culture Muhadjir Effendy explained the government’s reason for implementing Level 3 Community Activity Restrictions (PPKM) during the Christmas and New Year holidays, from December 24, 2021 to January 2, 2021.

“So specifically for the Christmas and New Year holidays, the provisions that apply to level 3 nationally will apply, so it does not mean that (regional) levels that have already been lowered again (levels),” he said at the Jakarta Presidential Palace complex, Thursday (11/18).

He said the implementation of PPKM level 3 specifically for Christmas and New Year will be based on the latest Instructions from the Minister of Home Affairs Instruction.

“So, especially during the Christmas and New Year holidays, the provisions that apply to PPKM level 3 plus are used because there are several additions, following the President’s direction, especially the prohibition and tightening of large-scale meetings,” he said.

The government considers the implementation of PPKM level 3 to be urgent during the Christmas and New Year holidays.

“It is very urgent, the pandemic is not over yet, indeed some indicators regarding COVID-19 have been very good starting from cases, deaths, active cases we are sloping even in the best position in the world and many countries praise our ability to reduce the surge in the second wave but we must not be reckless, can’t be big head, that it’s finished,” he said.

The reason, he said, was that in several countries in Europe and Southeast Asia, the development of positive cases of COVID-19 was still worrying.

“Therefore, for the sake of our common safety, to maintain the consistency of the current state of COVID-19, the President’s directives during the Christmas and New Year holidays, which are usually followed by large-scale movements of people, are strictly enforced,” he said.

One of the things that is completely prohibited when PPKM level 3 is implemented. holding large-scale meetings.

“We prohibit large-scale gatherings, namely the ‘old and new’ parties. What is allowed is the ‘old and new’ parties only at the family level, maybe 10-15 (members) families are still allowed but if they are held in hotels, hurrah It’s not allowed, let alone being followed by firecrackers, the New Year’s parade, all of which will be banned and now the National Police Chief is preparing a procedure,” he said.

The regulation will apply nationally and not only in Java and Bali or outside Java-Bali.

“While we are unifying the rules that are still not synchronized between PPKM Java-Bali and outside Java-Bali, we are harmonizing it,” he said.

Regarding community mobility, Muhadjir said there was a requirement to carry out a PCR test.

“Mobility will of course be tightened, especially in relation to health protocols, including swabs (swabs), antigens, there may also be those who still need PCR, vaccines especially for those who will travel. But according to the President’s direction, there is no isolation but we urge all people not to travel except for primary purposes,” he said.

He appealed to the public to start planning family activities to welcome Christmas and New Year.

“So are those who will be carrying out Christmas services. We will consult with religious leaders both from Catholicism. I have been in contact with Cardinal, then we also want to get input from Protestant figures. Don’t let the restrictions on Christmas and New Year holidays reduce the solemnity and meaning from worship and Christmas itself,” he said.

The plan is that the PPKM level 3 guidelines specifically for Christmas and New Year will be announced on December 22, 2021.

“The terms of the trip will be further regulated, Minister of Transportation and Chief of the Indonesian National Police (Kapolri), currently intensive coordination but God willing, there will be no principal changes. derivative rules that apply in each region,” he said.

Rules that will be submitted to regional heads, for example, tourist destinations that do not have managers.

“We ask the local government to regulate, if they can be responsible for the process and strict supervision, please open it but if you can’t, just close it, especially tourist destinations that don’t have a manager, there are many in that area. For example, there are no public fishing grounds and it’s free, If it invites a crowd that violates the rules, it will be closed,” concluded Muhadjir. [antaranews]