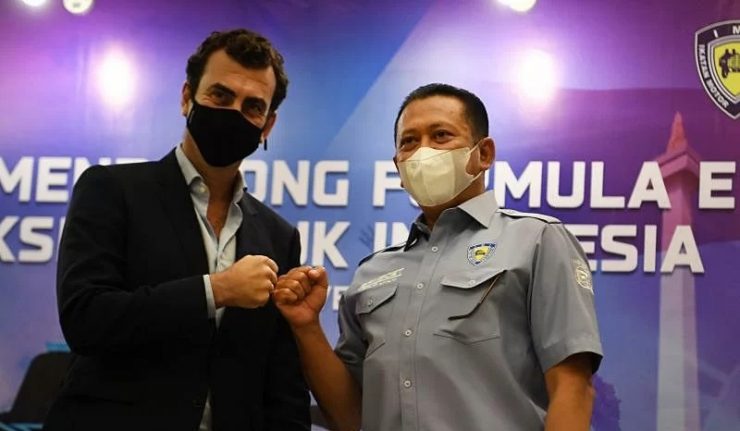 Bambang said there are three location options to hold Formula E in North Jakarta and two options in Central Jakarta.

He added that there are two locations that are prohibited from holding Formula E, namely the National Monument (Monas) area and the Gelora Bung Karno Main Stadium (GBK) Central Jakarta.

“Formula E circuits or tracks cannot be in two places. I forbid the first one is Monas, the second is GBK. Everything else is up to you,” said Bambang.

Along with the upcoming Jakarta E-Prix 2022 in DKI Jakarta, the Central Indonesian Motor Association (IMI) held a meeting with the mass media to discuss DKI Jakarta’s readiness to hold this international level activity.

This meeting was attended by the Chief Championship Officer and Formula E Co-founder Alberto Longo.

Guests who attend are provided with a free antigen swab test service, the results of which must be shown before entering the event location.

Meanwhile, Alberto Longo said that until now the location of the Formula E circuit in Jakarta has not been determined, because this determination is not an easy thing.

“There are many good choices, there are five different locations outside the restricted area. There are many technical issues. We will do a visit (visibility) to these five locations before they are announced. Before Christmas is announced. We will submit a proposal to the President of Indonesia, he will be the one who will make a decision,” Longo said. [antaranews]