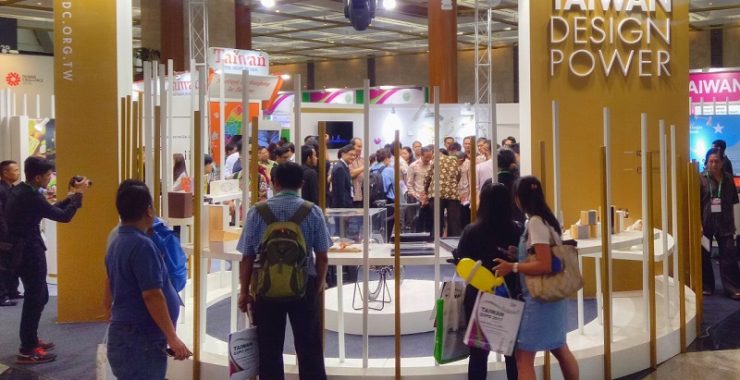 TOWARDS the end of 2021, three Meeting Incentive Conference Exhibition (MICE) associations, namely the Association of Indonesian Exhibition Companies (ASPERAPI), Indonesia Congress and Convention Association (INCCA) and the Jakarta Tourism Forum (JTF) provide an overview and challenges related to the industry this year and next year.

According to Hosea Andreas Runkat, General Chairperson of ASPERAPI reported, the condition of the Indonesian exhibition began to move in mid-October 2021. Initially, ASPERAPI predicted that the condition of this year’s exhibition would be worse than last year. It turned out to be wrong and turned around for the better.

The indication is, in mid-October to the end of the year there will be around 42 exhibitions out of the remaining 64 exhibitions at the end of 2021 throughout Indonesia. While last year, out of the hundreds of registered events, only 20 exhibitions were held until mid-March 2021.

“At the beginning of 2021, there were only 1-2 runs, then they closed again because there was an emergency implementation of restrictions on community activities (PPKM) policy. We are grateful that with the conditions at the end of this year, the exhibition can run again, as usual, in the sense that it does not change the format, but only changes the adaptation,” he said, Friday (12/10) at the Jakarta Convention Center.

If you look at 2019 before COVID-19, the number of exhibitions held throughout Indonesia reached more than 300 events, of which 64% were held in Jakarta.

“ASPERAPI predicts that MICE activities in Indonesia in 2022 starting from June will be in a position or condition like what happened in 2019,” said Andre as the General Chairperson of ASPERAPI.

In a number of countries, Andre continued, there has been a movement in organizing exhibitions. Previously, several foreign countries would hold exhibitions in 2024, but starting next year, several events have been brought forward.

“Then in 2023 I also saw that foreign exhibitors had hoped that the exhibition conditions would approach or be exactly the same as the conditions in 2019,” he explained.

For this reason, Andre also hopes that by the middle of 2022, at least our country will lead to the same thing. “I saw that the MICE industry struggled a bit in the first three months, because of the fasting month and Idul Fitri activities. This means that after June we can only rise,” added Andre.

In order to restore the national economy, the government must have moved by providing a stimulus or trigger in the form of organizing physical exhibitions with new adaptations and starting to erode a number of events held online.

“The government should have minimized the implementation of online and hybrid events, maybe a percentage of 10% for online, then hybrid between 20-30%, the rest goes back to physical events with new adaptations starting from new formats and digital inserts,” he noted.

If the government is still struggling with online events, the economy will not move. Meanwhile abroad, there has been a better movement. “Upstream and downstream, Indonesia’s MICE industry must move,” concluded Andre.

Meanwhile Iqbal Alan Abdullah, Chair of INCCA, said the same thing. He said the first thing to do was to change the mentality. Eliminate fear replace it with a sense of courage and optimism. Don’t just wait and wait.

It is appropriate, the government in this case the Ministry of Tourism and Creative Economy to do the same thing and think seriously in looking at the Indonesian MICE industry in a positive way next year as well. Because after all, the MICE industry players are under its auspices.

“Unfortunately, the positive signal has not been seen. Usually when the government is nearing the end of the year, it has presented its projections for next year such as outreach to associations and industry, but to this day there is no signal,” said Iqbal regretfully.

If it is too late to make a decision, the national economy will not move. “What should be noted is that the MICE industry has extraordinary multiplier effects. And Tourism Ministry must see this,” he added.

Likewise, Salman Dianda Anwar, Chairman of the Jakarta Tourism Forum, emphasized that the vaccination target of the DKI Jakarta provincial government which exceeded the target has become a positive signal for Jakarta to move freely. This includes organizing events with all their new adaptations.

The indications that DKI Jakarta is holding an event with the applicable health protocols have begun, one of which is the kick off of the G20 Presidency in early December 2021 at Banteng Square.

Then in 2022, DKI Jakarta will also host Formula E in June, then host an international publishing congress which is part of the special edition of the Frankfurt Book Fair from Germany. This is the 33rd congress, DKI Jakarta as the host. And DKI Jakarta will be nominated as Book City in the congress.

In addition, Salman added, the JTF and several related associations encouraged the DKI provincial government to issue a MICE Governor Regulation. This regulation will be an instrument that can be used by MICE players in Jakarta to be competitive and at the same time strengthen DKI Jakarta as a World MICE City.

“It is targeted that in early 2022 the Governor of DKI Jakarta has signed the MICE governor regulation, and this will be a benchmark for other regions from all over Indonesia. By having a MICE governor regulation, MICE players will be facilitated in terms of bidding and there will be no debate when holding an event,” concluded Salman. [sources/traveltext.id/photo special]

FOOD and Hotel Asia (FHA) – Food & Beverage 2022, Singapore’s biggest B2B trade show, is back physically for the first time since the onset of the pandemic. According to Janice Lee, Event Director, Food...

VENUE Magazine collaborates with Ministry of Tourism and Creative Economy of the Repubilc Indonesia to hold “Indonesia Tourism & Business Forum” (ITBEF). Under the theme “Collaborate to...

VENUE Magazine in collaboration with the Ministry of Tourism and Creative Economy will hold a tourism and business forum entitled Indonesia Tourism & Business Forum (ITBEF). This interactive forum is expected to...