ERICK: TOURISM AND SUPPORTING BUMN HOLDING IS A MEGA-ECOSYSTEM 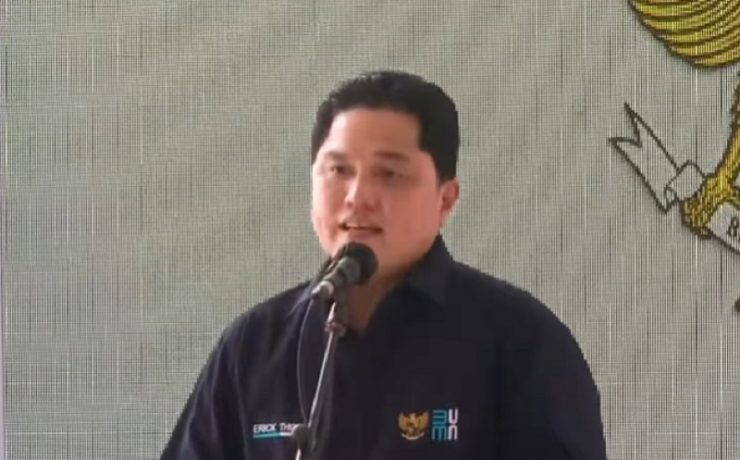 STATE-Owned Enterprises (SOEs) Minister Erick Thohir revealed that the Tourism BUMN or SOEs Holding and InJourney Supporters are a mega-ecosystem.

“That’s why I like to talk to our team, when we talk about an ecosystem called InJourney, this is a megaecosystem. Because this InJourney can join other ecosystems in BUMN, such as banking,” said Erick Thohir at the inauguration of the Tourism and BUMN Holding Supporters in Mandalika were monitored virtually from Jakarta, Thursday (1/13).

Erick also added, with a super application or super apps called Livin, these things can later be integrated with one another.

If you look at the figures later, he continued, the total assets of the Holding for BUMN Pariwsata and Supporters in 2024 will reach approximately US$260 million, with the potential for sales to continue to increase.

“I think this is an opportunity for us to inspire how to focus on local tourism, but still maintain foreign tourism,” said the Minister of SOEs.

“Therefore, we formed a tourism state-owned holding company and supporters. We want to focus on our opportunity to build and create domestic tourism potential, where the potential is still very large but not integrated,” said Erick Thohir.

The Ministry of SOEs tries to integrate everything, both from the infrastructure and of course from the software, meaning the activities in it.

According to Erick, later the airport itself will no longer be just an airport, but an aerocity which is also a lifestyle destination where the derivatives also have something called food, lifestyle and so on.

“It’s the same when we connect to other tourist destinations, where the strength that we don’t have so far is a travel plan or travel plan which, when compared to other countries, already exists, but if Indonesia has not formed this ecosystem,” concluded the Minister of SOEs.  [antaranews/photo special]

MOELDOKO: FOREIGN TRAVEL CONDITIONS FOR TOURISM NEED TO BE TIGHTENED

THE PRESIDENTIAL Chief of Staff (KSP), Moeldoko said that travel requirements for overseas tourist destinations need to be tightened in an effort to reduce the rate of cases of the Omicron variant from Foreign Travel...

SANDIAGA: WE ENCOURAGE DOMESTIC TOURISTS TO TRAVEL JUST IN INDONESIA

THE MINISTRY of Tourism and Creative Economy encourages domestic tourists to travel only in Indonesian territory. This is because there are funds of US$11 billion per year that are spent by Indonesian tourists when...