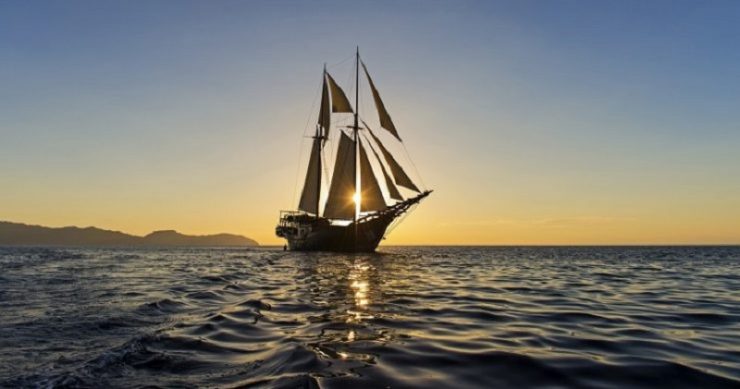 THE GOVERNMENT will bring in Phinisi ships and Pelni ships to serve as floating hotels to meet the housing shortage at the MotoGP international racing event at the Mandalika Circuit, Central Lombok, West Nusa Tenggara, 18-20 March 2022.

According to Deputy I for the Presidential Chief of Staff (KSP) Febry Calvin Tetelepta, quoted from an official statement from KSP in Jakarta, Tuesday (1/18) said that the hotel capacity available in Lombok is only 16,000 so the government will increase the number of occupancies according to the tickets sold, which is approx. 63,500 tickets by bringing in phinisi ships and Pelni ships to be used as floating hotels.

The government, according to Febry, will also optimize the existence of homestays managed by residents as well as the Development of Special Tourism Residential Facilities (Sarhunta) located in the Mandalika and Tiga Gili areas in North Lombok. NTB.

“This is a very serious policy used by the government to respond to the high enthusiasm of the audience by providing good housing,” he said.

KSP guarantees that the problem of housing availability for tourists or spectators at the Mandalika MotoGP will be resolved. Currently, the cooperation between the central government, BUMN and the provincial government continues to run according to the direction of President Joko Widodo.

The Mandalika MotoGP is the second series of the 2022 MotoGP calendar. The international racing competition is scheduled to take place on March 20, 2022 at the Mandalika International Street Circuit, West Nusa Tenggara (NTB). [antaranews/photo special]

THE MINISTRY of Tourism and Creative Economy appreciates the holding of the “Indonesia Travel Fair (ITF) 2023” tour which is expected to further encourage domestic tourist trips under the umbrella of the...