SANTERA WELCOMING TO EVERYONE FROM DIFFERENT CULTURAL BACKGROUNDS 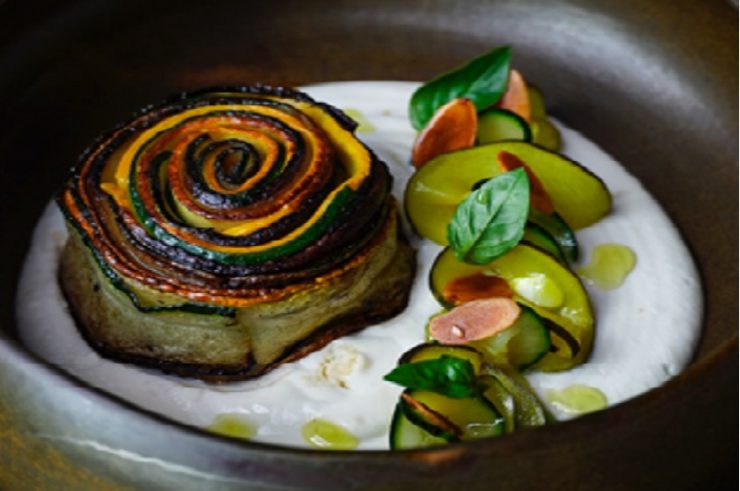 THE COASTAL village of Canggu currently represents Bali’s cross-cultural lifestyle with fast-growing community of people from different nationalities and background. New restaurants, bars, and clubs are opening here and there, and many people have chosen the exciting neighborhood as a place to live their life to the fullest.

Newly opened Santanera, situated in the heart of Canggu, strive to celebrate the island’s latest melting pot hub. Having been established since Nov. 18 last year, the three-story building is a mixture of cultural representations from their pendant lights with Persian influence, murals of goddesses and other symbols, an iron spiral stairwell leading to a rooftop garden, and, naturally, their food and beverages.

The name “Santanera” itself derived from the saint of the gypsies—or in modern world nomads with mixed nationalities and cultural backgrounds. Simply put, Santanera is calling everyone to not just taking pleasures in eating and drinking, but also enjoying the ambience that the place had to offer.

Santanera’s Gabriel Steinberger, who oversees the restaurant’s bar and drinks, said the place’s cocktails were carefully chosen by being mindful about the ingredients’ country of origins. As a seasoned traveler who has explored Southeast Asia, Central Asia, Europe, and Australia, Gabriel, who first started his career in hospitality as a waiter back in Paris when he was 19, appreciates the importance of celebrating inter-cultural connections–even through drinks.

“We’re trying to come up with cocktails that would remind people of certain countries. This also includes travelers who miss something from back home,” Gabriel said.

Some cocktails, as Gabriel put it, represent certain memories and imagination that bring together dreams and reality with lifestyle and art. He picked off the restaurant’s best-selling cocktail Ambrosia (dry gin and absinthe liqueur-based, as an example).

“When I think about this drink, what comes to my mind is a foggy day in London back in the days where a poet was writing and looking through his window,” he remarked, referencing the literature’s drink that is absinthe.

Interestingly, while capable of offering various flavor profiles to different people, Gabriel said that it is essential for Santanera to use as many local ingredients as possible.

“Picante 37 is now another best-selling drink and it has Tamarillo, which can be found in Colombia but is also available here in Bali. If you’re Colombians traveling in Bali, this is something that you would notice,” he added.

Santanera, he continued that is currently expanding their wine list to cater to wine aficionados, novices, and casual wine drinkers. Most people tend to go with the wine that they know because it’s less risky, especially when you buy a bottle. We want to encourage them towards discovering something that they don’t know already but might like by allowing them to taste new wine by the glass.

Similarly, Santanera’s food menu also aims to bring together cuisines of the world in their finest form. Organic, farm-to-plate produce takes center stage, where every ingredient has been primed and refined to create contemporary tapas plates to swap, sample, and share. Smoked, whipped, marinated, or chargrilled, farm-fresh delicacies from the land and sea are reimagined into dishes from Latin America, Europe, the Mediterranean, and beyond.

One of the highlights of Santanera’s menu is their beef tenderloin, which they already have when they first opened on Nov. 18. Inspired by a traditional Colombian dish called ‘Lomo al trapo’, the tenderloin is rolled in rock salt and a piece of cloth that is soaked in beer. The steak is later placed directly on the burning coals for about 8 minutes.

“This dish has a very emotional connection to us as this is the way our parents cooked beef on Sundays for the family. Santanera’s menu is based on what’s in season in Bali as the masterminds in the kitchen try and elaborate dishes based on the best products available while constantly working on improving and refining the current menu,” he remarked.

Combining the magical flavor delights of the world’s cuisine and the intricate details of the venue that are sophisticated yet cozy, Santanera aims to be the place where people can enjoy themselves and lose the track of time. [traveltext.id]

FOR FOOD lovers, especially those who really like lobster and various seafood, Fairmont Jakarta has presented an interesting program, namely Lobster Night at Spectrum Restaurant. As the name implies, guests can enjoy a...

KULON PROGO not only has natural and cultural wealth, but also its delicious food. Among the many kinds of culinary specialties of Kulon Progo, there are three types of food that you should try when visiting one of the...