CADILLAC UNVEILS ESCALADE-V 2023 TO USE WITH A ‘MONSTER’ ENGINE 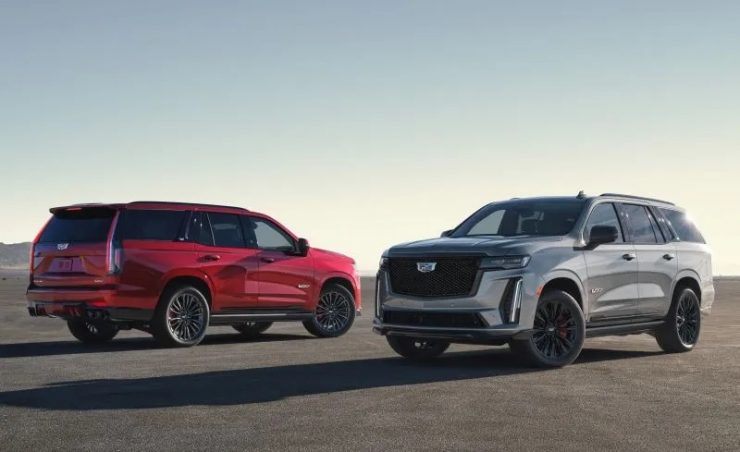 CADILLAC, a subsidiary of General Motors (GM), introduced the Escalade-V 2023 which is claimed to use a “monster” engine with the largest power in the sports utility vehicle (SUV) class.

The power produced by competing cars from the BMW X7, Mercedes GLS, Audi Q7, Jeep Grand Wagoneer to Lincoln Navigator is supported by the use of a 10-speed automatic transmission and an all-wheel drive system. The Cadillac Escalade-V can sprint from 0-100 km/h in less than 4.4 seconds, based on initial testing by GM.

“Customers and enthusiasts have been asking for the Escalade-V, and we’re excited to bring this high-performance SUV to market to coincide with Cadillac’s 120th anniversary,” said Cadillac Global Vice President Rory Harvey in a press release, recently.

The company adds that the car’s engines, supercharged and intercooled 6.2L, have been custom-built for the Escalade-V. The engine is built using the supercharged V-8 pattern used in Cadillac’s V-Series models, namely the second and third generation CTS-V, XLR-V, and Blackwing CT5-V.

The 10-speed automatic transmission mounted on the Escalade-V has also been calibrated so that it is more suitable for pairing with a supercharging engine.

VOLKSWAGEN sports car brand Porsche hopes to build more than 80,000 electric Macans, the same number as the internal combustion engine variant of the SUV segment. According to the head of Porsche production Albrecht...