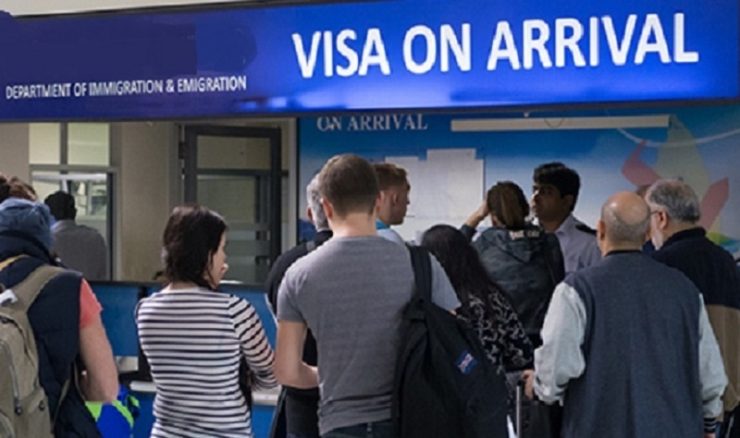 THE INDONESIAN government has added 12 new lists to the subject of a special tourist-on-arrival Visa (VoA) (VKSKKW). Previously, VoA was only for citizens of 60 countries. However, with the addition of these 12 countries, it has now become 72 countries.

Later, citizens from the countries above can enter Indonesia through 9 airports, 11 seaports and 4 Cross-Border Posts. This is as regulated in the Circular Letter of the Director General of Immigration Number IMI-0603.GR.01.01 of 2022, regarding Ease of Immigration in the Framework of Supporting Sustainable Tourism During the COVID-19 Pandemic, and comes into effect as of May 30, 2022.

Free Special Visit Visa (BVKKW)
Meanwhile for the subject of BVKKW, it was reported that there were no additions to the list of new countries.

“This time there are only 12 additional countries, no additions or changes to the Immigration Checkpoints (TPI) that serve visas on arrival,” explained Sub-Coordinator of Public Relations of the Directorate General of Immigration, Achmad Nur Saleh, in an official statement, Monday (5/30).

Conditions for obtaining BVKKW and VKSKKW
To obtain BVKKW, or VKSKKW, foreigners must show a valid nationality passport and it is still valid for at least six months, return tickets or onward tickets to continue traveling to other countries, and proof of payment for a visa on arrival (for VKSKKW).

Another requirement is proof of insurance ownership in an insurance company with an Indonesian legal entity which includes health financing as long as the foreigner is in the territory of Indonesia.

He explained that residence permits originating from VKSKKW can be extended once for a period of 30 days and carried out at the immigration office according to the area where the foreigner lives while in Indonesia. In addition to meeting the requirements above, foreigners must also attach an invitation letter to attend a conference, or session, or meeting issued by a ministry, or institution, or agency of the Republic of Indonesia.

“I also urge both foreigners and tourism industry players to comply with immigration rules. Among other things, the owner or manager of the inn is required to provide information or data regarding foreigners staying overnight, to facilitate supervision of foreigners. Foreigners who are proven to have misused their residence permits will be subject to immigration sanctions,” concluded Achmad. [kompas.com/photo special]