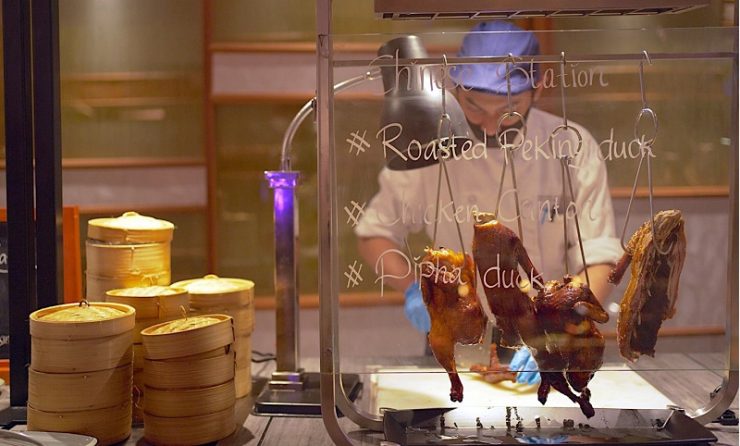 DJAMAN Doeloe Resto & Bar has been known as a restaurant with an Indonesian concept in ancient times, where the interior dressing and a series of menus with classic archipelago nuances have enlivened the culinary delights of the hotel and restaurant segment in West Surabaya.

Since opening in 2019, this restaurant has presented various promotions and collaborative events that highlight Indonesian cuisine from Sabang to Merauke. Entering its second year, Djaman Doeloe Resto & Bar tries to give a fresh concept with Indo-Chinese peranakans that are still wrapped with a touch of old classics.

“For the past two years, we have brought various events and collaborations with an authentic and classic Indonesian concept, such as the Indocolonial Rijsttafel dish, Ngeteh Doeloe in a pure Javanese style, then the ‘Perjamuan Nusantara’ night with a national herbal brand to takeover restaurants with various well-known Indonesian restaurants,” said Rizal Afandi, Complex Director of Food and Beverages  Westin Surabaya and Four Points by Sheraton Surabaya, Pakuwon Indah.

He explained, we put a new touch in the concept that we already have, and combined it into a classic Indo-Chinese peranakan. And we introduced that for the first time through the ‘Little Mrs.’ Buffet, which is here exclusively every weekend.

As the name implies, this buffet concept is inspired by the story of ‘Little Nyonya’, a Chinese historical drama set in the 1930s, about several generations of affluent Chinese families in the Straits of Malacca. Even during the Ming Dynasty in the 15th century, when China sent a fleet to the Malacca Strait, many of them settled in Indonesia and Singapore.

In a long time, many of them ended up marrying the locals, and those of mixed blood are usually called Baba (male designation) and Nyonya (female name).

“Why the concept of ‘Little Mistress’ that we took? Because we also saw that Surabaya is still very thick with Chinese culture, which is still attached to its culture, customs and food. We also adapted the concept of Djaman Doeloe Resto & Bar which brings a classic touch, so that ‘Little Nyonya’ is the right person to be an introduction to this concept,” Rizal explained.

“’Little Nyonya’ at Djaman Doeloe Resto & Bar has been running for the past two weeks, and the public’s response has been very good. However, to maintain its exclusivity, we only present ‘Little Mrs.’ until the end of July. Therefore, for those who want to try, please make a reservation because the more you come here, the more demand, and the capacity is also limited,” he concluded. [traveltext.id]

IN ADDITION to offering stunning natural and cultural tourism, the country of Indonesia also has the potential for culinary tourism which is rich in taste and diverse types. Each province has a variety of cuisines that...

MANY activities carried out by the people of Indonesian in order to celebrate the 77th Independence Day. We celebrate the spirit of the freedom with lots of offers during this month of August. According to Sri Utami...

A CULINARY TRAIL JOURNEY AND FORAGING AT BUAHAN, A BANYAN TREE ESCAPE

BUAHAN, a Banyan Tree Escape, we are pleased to share the exceptional culinary journey at the resort which focuses on a wholly sustainable approach, using local ingredients from nearby farms and local suppliers to...