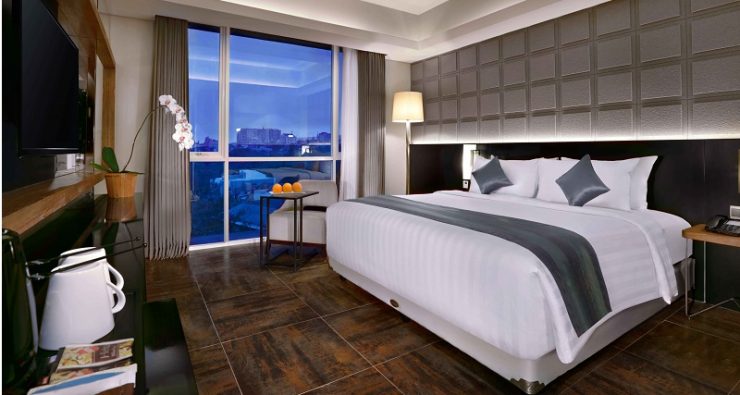 HOTEL occupancy in Bali Province is projected to improve until the end of 2022, supported by the increasing number of foreign tourists and the return of national and international events in Bali such as the G20.

According to the Director of Sales for the Renaissance Bali Nusa Dua Resort, Irawan Hadiwijaya, explaining that since May 2022, hotel occupancy in Bali is getting better, on average 50% and can reach 70% on weekends.

“Our occupancy has gradually improved after the travel rules were loosened, international flights began to open, especially those from Australia and Singapore,” explained Irawan.

Until May 2022, hotel occupancy still relies on domestic tourists from Jakarta, Surabaya and Bandung. Meanwhile, foreign tourists are predicted to be high starting July 2022.

“Until now we still rely on domestic guests, especially the two-week Eid holiday really helps us. For foreign guests, it is still 20%, but starting from July and August the number of foreign tourists staying will be higher, we have received reservations from foreign tourists for the month of July until the end of the year,” Irawan remarked.

In addition, hotel occupancy in Nusa Dua will be increased by the G20 event which will take place from October to November 2022.

The G20 presidency which is centered in Nusa Dua will also increase our occupancy, so we are optimistic that 2022 will improve even though it has not fully recovered as before the pandemic,” he said.

Meanwhile, the Head of PHRI Badung, I Gusti Ngurah Rai Suryawijaya, explained that hotel occupancy in Bali in general is still at 50 percent.

“Hotel occupancy is currently still 50% on average, some are above 50-60%, but some are still below 50%. Normally, we predict full Bali tourism in 2024,” Rai concluded. [sources/photo special]