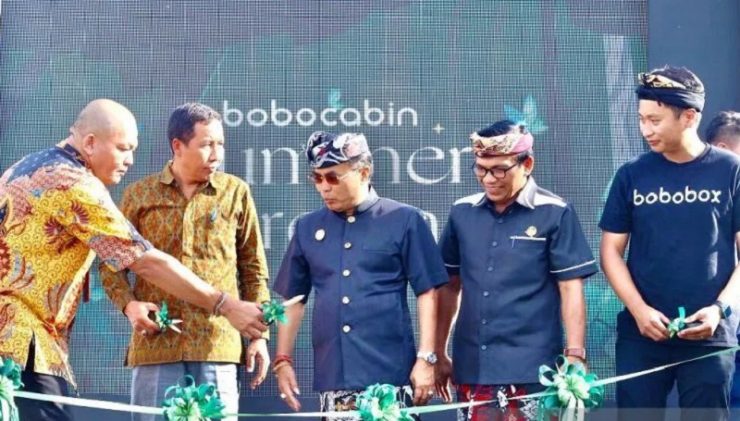 According to the CEO and co-founder of Bobobox, Indra Gunawan, said in a press release in Denpasar, Saturday (6/25), stated that as a manifestation of Bobobox’s commitment to contribute from a socio-economic perspective, Bobocabin has been actively empowering Micro Small and Medium Enterprises (MSMEs) managed by communities around the Bobocabin area.

“As a tourism business player, we recognize the importance of supporting the government’s efforts in maximizing Indonesia’s tourism potential. We hope that with the elevated camping concept, consumers can experience an impressive stay and Bobocabin can play an active role in supporting the programs launched by the government,” said Indra Gunawan.

Bobocabin is the latest accommodation product from Bobobox with an elevated camping concept that brings a new camping experience by combining the use of internet of things (IoT) technology and the beauty of the surrounding nature.

Since it was first inaugurated at Ranca Upas, West Java, Bobocabin has continued to create memorable stay experiences and the best service by combining technological sophistication and natural beauty so that consumers can experience a meaningful relaxation experience.

Meanwhile, the Deputy for Industry and Investment of the Ministry of Economy and Creative Tourism, Henky Manurung, appreciated Bobobox’s efforts in implementing sustainable tourism.

“With the inauguration of the Bobocabin, it marks the first step in the revival of the tourism sector, especially sustainable tourism. I am sure that in the future, Bobobox can bring more innovations to sustainable tourism in Indonesia,” Henky remarked.

Likewise, the Director of Access to Financing at the Ministry of Tourism, Hanifah Makarim, who was present on the occasion, hoped that the tourism concept offered by Bobocabin could be followed by other tourism business players in Indonesia.

“I hope that through this launch, Bobocabin can become a strategic partner of the government in promoting sustainable tourism through every existing location. We hope that this step can be an incentive for other tourism business players to move in the same direction,” Hanifah Makarim noted.

In the establishment of Bobocabin in Kintamani, Bobobox and Bobocabin were also supported by various parties such as Alpha JWC, Sequoia Surge, Horizons as well as land optimization cooperation with PT Pos Properti Indonesia, Perhutani and Bruno Wauters.

This year, Bobocabin will be the focus of Bobobox’s expansion in reaching and developing new locations in Indonesia including Jakarta, Bogor, Depok, Tangerang, Bekasi (Jabodetabek), East Java, Lombok and others. [antaranews/photo special]