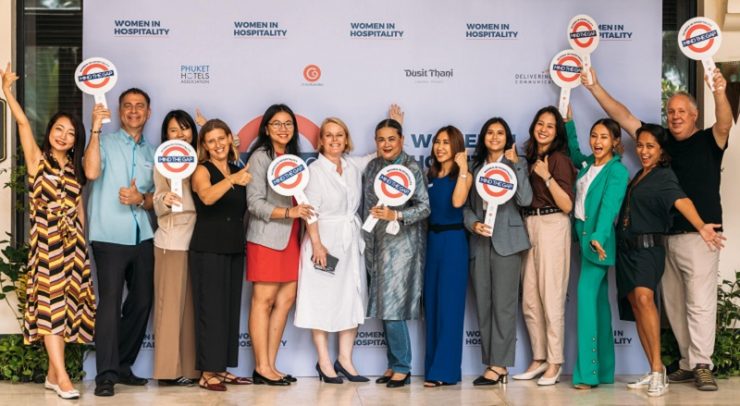 AS a study reveals that 90% of general managers in Thai hotels are men, an important event in Phuket aims to understand why women still encounter barriers to career progression

Gender equality is high on the agenda for Thai hotels as a hospitality event held recently in Phuket addressed the imbalance in the industry in leadership positions for highly qualified female executives.

Hosted at Dusit Thani Laguna Phuket, “Mind The Gap” gathered more than 100 industry delegates to address the challenges faced by female hoteliers in Thailand. While most hotel groups have broad policies in place to ensure inclusivity and diversity, and despite the fact that women are reported to account for more than 53% of the global hospitality workforce¹, a recent study by C9 Hotelworks found that 90% of general managers in Thai hotels are male. This means that somewhere along in their career paths, women are hitting a glass ceiling.

This is not a problem exclusive to Thailand. In fact, Thailand is generally considered to be one of the world’s more progressive countries in terms of gender equality. One quarter (25%) of Fortune 500 companies in the kingdom have women in leadership positions, compared to only 8% globally.

But why, in the 21st Century, do these figures remain so uneven in the hotel sector and what steps do companies need to take to maximise the potential of their female associates? Are the right support structures in place for women to balance a career with a family? And more worryingly, is the hotel industry still influenced by old fashioned prejudices, with powerful females considered as being “pushy” or “over-ambitious”?

Meanwhile Sumi Soorian, Executive Director of Phuket Hotels Association said it is a shame that we are still talking about this subject in the 21st Century. Gender discrimination simply should not be present in the world today; we have successful female world leaders and politicians, company presidents and directors, philanthropists, scientists and so many more.

“Women don’t need to prove themselves anymore. And yet, nine in ten hotels general managers in Thailand are still men. Why? By hosting ‘Mind The Gap’, we wanted to push the gender agenda, ask difficult questions and force companies to take notice. Young women entering the industry today need to feel empowered and inspired; they need to be able to enjoy a meaningful and guilt-free professional career. I hope that the issues raised today will help them achieve this,” she added. [sources/photo special]

AFTER successfully holding the first online jazz competition last year, The Papandayan International Jazz Competition (TPJC), a product program of The Papandayan Jazz Management, was held again this year. TPJC is an...

BOOST TOURISM, UVF 2022 IS BELIEVED TO BE ABLE TO ATTRACT TOURISTS

WITH the official opening of the “Ubud Village Festival (UVF) 2022” which presents musical performances from a row of Indonesian and international jazz musicians at the Arma Museum, Gianyar, on Friday (8/12)...

WITH THE theme ‘Summer Intimate Fest’, Allgorhythm Fest, which will be held on (8/20) at Cibis Park, Cilandak, South Jakarta, will present the excitement of a music concert this summer. According to Ricky...