TOYOTA CROWN COMES IN FOUR NEW MODELS, ONE OF WHICH IS A CROSSOVER 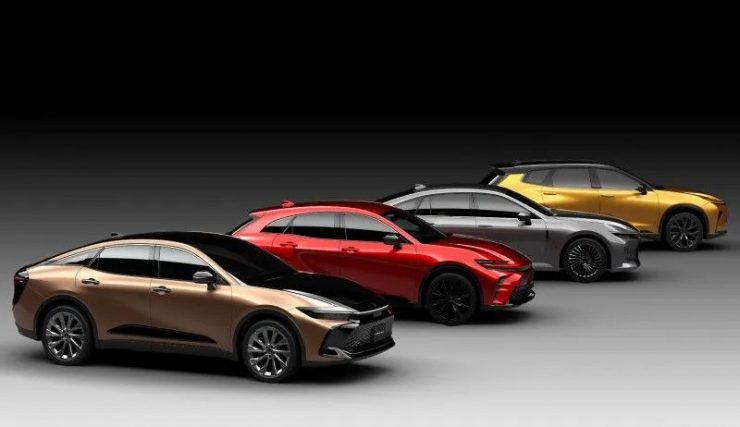 TOYOTA Global on Friday (7/15) introduced the new-generation Crown which comes in four models for sedan and crossover versions. Crown is one of the legendary models from Toyota that has paved the way since 1955 as the first mass-produced passenger car from the manufacturer with the three elliptical logo.

Toyota in an official release on the company’s website stated that the Crown was designed based on “innovation and drive” to create the first luxury car in the post-war period or 67 years ago.

Over time, Toyota has tried to accommodate changes in consumer tastes from the sedan segment to other types of cars, namely crossovers, through the Crown model, which was previously identical to the sedan.

“In designing the new Crown, the development team thoroughly re-examined what a ‘Crown’ is, and as a result of their efforts for a ‘Crown in a new era’, they have created four completely new models,” Toyota wrote in the statement.

In addition to the crossover type, Toyota also presents the Crown with a blend of sedan and sport utility vehicle (SUV) styles. The hope is that with the many Crown models available, Toyota can bring more car options to Crown consumers in 40 countries.

Crossover-type crowns will also be offered through the KINTO subscription service. As for the price, Toyota released the Crown Crossover in the Japanese market at a price of 6.4 million yen or around IDR691.8 million for the highest type and 4.6 million yen or IDR470 million for the lowest variant. [antaranews/photo special]

VOLKSWAGEN sports car brand Porsche hopes to build more than 80,000 electric Macans, the same number as the internal combustion engine variant of the SUV segment. According to the head of Porsche production Albrecht...