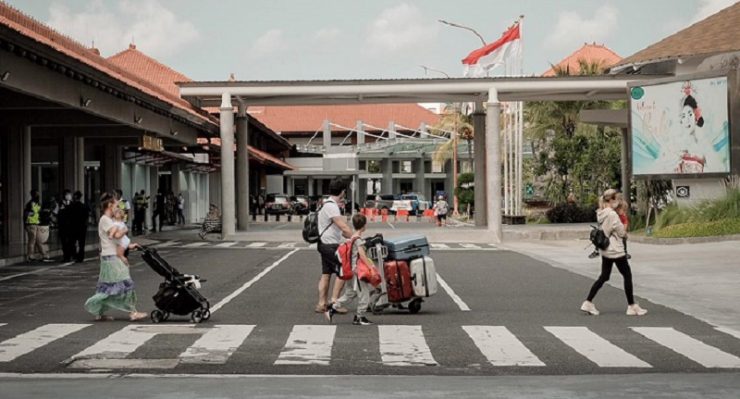 The international flight route will start flying for the first time on July 17, 2022 and will fly regularly every Friday and Sunday using an Airbus A320-216 aircraft with registration RP-C8963.

On its inaugural flight, the flight carried 139 passengers from Manila and was immediately greeted with a ceremonial water salute upon landing at Bali Airport. Then, the Philippines AirAsia plane returned to Manila in the early hours of Monday, carrying 90 passengers.

According to him, the Philippines AirAsia route also adds to the statistical record of regular international flights currently served by I Gusti Ngurah Rai International Airport to 22 airlines and 12 countries which are divided into 20 routes.

“Meanwhile, from the flight data for Manila routes served at I Gusti Ngurah Rai International Airport, currently there are as many as two previous airlines that have been operating regularly, namely Cebu Pacific and Philippine Airlines,” he said.

He revealed that his party opened up opportunities for other airlines to develop their strategic routes, both to and from the Island of the Gods.

“So that the aviation and tourism sectors that have started to recover can return to normal, we congratulate you on the inaugural flight of the Philippines AirAsia airline,” Handy remarked.

Based on data from I Gusti Ngurah Rai International Airport, during the last six months of 2022 it has served 752,270 international passengers, it can be seen that the highest period was in June with 365,465 passengers, followed by May with 237,710 passengers and 114,685 passengers in April.

“This means that international passengers are slowly increasing, this is also supported by all entities at Bali’s I Gusti Ngurah Rai International Airport which carry out government regulations during the COVID-19 pandemic,” he noted.

He added, from the positive achievements of Bali’s I Gusti Ngurah Rai International Airport, his party also continues to urge all air transportation travel agents, in particular, to continue to comply with health protocols and ensure documents are in accordance with the requirements.

“This must be done so that the flight can run smoothly, especially taking care of each other for mutual health,” concluded Handy Heryudhitiawan. [antaranews/photo special]

ZUTOBI, a driver education service company, released a ranking of airports with the most expensive vehicle parking rates in the world 2022. In its report, Global Airport Parking Rates in 2022, Zutobi noted that the most...

HALIM Perdanakusuma Airport, after its revitalization, is targeted to serve commercial flights starting from September 2022, Transportation Minister Budi Karya Sumadi stated after conducting a runway trial at the...