FRAMING THE ENCHANTMENT OF RI’S NATURE THROUGH PHOTO EXHIBITION 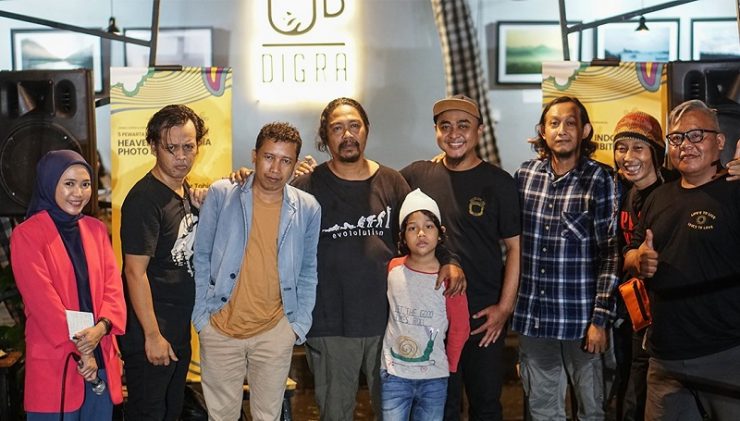 ALONG with the #LiburanDiIndonesiaAja campaign, five photographers who love the natural beauty of Indonesia (RI) visualized the ‘flakes of heaven’ scattered in various areas from the eastern to the western tip of Indonesia.

This effort is carried out to support the government’s campaign through the Ministry of Tourism and Creative Economy so that local tourists do not have to travel far if they just want to enjoy the charms of nature. Because Indonesia is the heavenly world.

This time the Himpunan Anak Media (HAM) or Jounalist’s Media Association collaborated with the Content Creator ‘Heavenly Indonesia’ with the Forum Strategis Arah Bangsa (FOSTRAB) or National Direction Strategic Forum and Digra Coffee & Eatery to try to construct the Indonesian ‘Serpihan Heaven’ in the ‘Heavenly Indonesia Photo Exhibition’ which was held at the opening on Sunday night. (7/24) at Digra Coffee & Eatery, Lebak Bulus II, No, 21, South Jakarta which lasted for 1 month.

“I really support this activity, considering that photos are “tell thousand words”. And this is very important in promoting tourism,” she said in her written statement.

This ‘Heavenly Indonesia Photo Exhibition’ exhibits 20 photo works with the theme of natural or landscape charm. And where each photographer sends 4 photos with their own characteristics, tone, angle, and uniqueness.

Some areas that are able to attract the attention of each photographer to be exhibited include; representing the western region of Indonesia, there are the natural beauty of Belitung, and Mandeh Island, West Sumatra, and Pahawang Island in Kab. Tanggamus, Lampung.

Then for the island of Java there is; Ijen Crater, Banyuwangi, East Java, Mount Bromo, via Probolinggo, Ranu Kumbolo, Ranu Klakah, in Lumajang, East Java. Then from Yogyakarta, a beautiful photo of Menoreh Hill was exhibited in the morning.

Arborek Island, which is now designated as a participant in the 2022 Indonesian Tourism Village Award, is the only photo that represents the eastern part of Indonesia. The clarity of Arborek beach is a true fact that can be revealed from behind the camera lens. [traveltext.id]