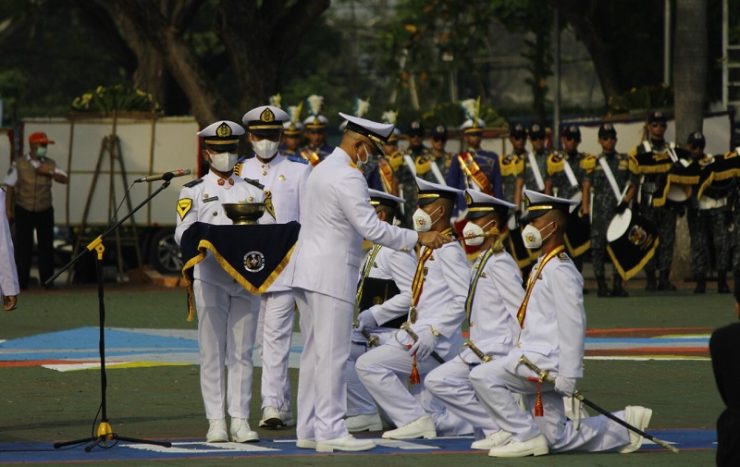 THE BANTEN Merchant Marine Polytechnic inaugurated the first Sustainable Development Goals Center (SDGs Center) in Indonesia (RI) for official schools. This event was held in a hybrid recently along with being broadcast on the digital platform Zoom and live Youtube.

The Sustainable Development Goals (SDGs) are a global action plan agreed by world leaders, including Indonesia, to end poverty, reduce inequality and protect the environment. The SDGs contain 17 Goals and 169 Targets that are expected to be achieved by 2030.

According to Heru Widada, M.M Director of the Banten Merchant Marine Polytechnic, said that as a superior maritime vocational higher education institution with international standards, the Banten Merchant Marine Polytechnic (P2B) is committed to supporting the 2030 SDGs in Indonesia, as well as being a catalyst for other official universities to contribute to the success of the SDGs in Indonesia.

“The Banten Merchant Marine Polytechnic SDGs Center is ready to contribute actively and is committed to supporting the achievement of SDGs in Indonesia, especially in the Maritime Sector. The SDGs Center of the Banten Merchant Marine Polytechnic has been recognized for its existence by the National SDGs of the Ministry of National Development Planning (Bappenas) by joining the list of 30 SDGs Centers/Networks/Hubs in Leading Universities throughout Indonesia and being the first pioneer of Service Universities under the Ministry that has SDGs Centers in their Educational Institutions,” he said.

Heru Widada added that the advantages of the Banten Merchant Marine Polytechnic’s SDGs Center Program were supported by the implementation of the Mandatory Course on environmental awareness and prevention of marine pollution which contained the International Convention for the Prevention’s of Pollution from Ships (MARPOL) regulations.

The Education Curriculum of the Banten Merchant Marine Polytechnic adopted the International Convention on Standards of Training, Certification, and Watchkeeping For Seafarers (STCW) curriculum, Manila Amendment 2010 from the International Maritime Organization (IMO).

“IMO is the World Maritime Organization or the United Nations specialized agency responsible for the safety and security of shipping activities and the prevention of pollution at sea by ships. IMO itself is very active in supporting the achievement of SDGs 2030, especially in the World Maritime Sector through many innovations and policies,” he remarked

He concluded that all SDGs activities of the Banten Merchant Marine Polytechnic Center are also a form of active participation in the development of the Blue Economy or Blue Economy, namely the use of environmentally sound marine resources to support economic growth, welfare, and livelihoods as well as the preservation of marine ecosystems. [traveltext.id]